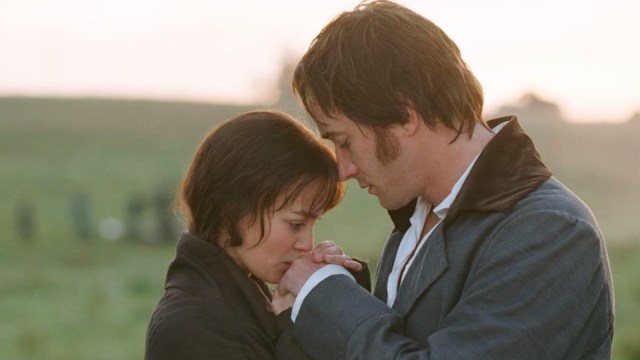 A new Netflix adaptation of Persuasion starring Dakota Johnson has recently been released on Netflix, and it is the center of much talk. Living with her pretentious but recently impoverished family, Anne Elliot is a nonconforming woman who tends to let those around her dictate her life. But when Captain Frederick Wentworth, the one who got away, comes back into her life abruptly, she must make her own decisions and listen to her heart to try and win him back.

Although it’s a timeless novel, the 2022 adaptation has been the subject of critical comments as many believe it to have missed the mark. However, whether or not you loved the movie, the following adaptations of Jane Austen’s novels are perfect for those who enjoy unlikely love, unbridled romance, and formidable female protagonists.

The 1996 version of Emma is a faithful adaptation of Jane Austen’s 1815 novel of the same name. In it, Gwyneth Paltrow plays Emma, a young 19th-century Englishwoman who enjoys meddling in other people’s affairs. Although she’s a congenial young lady, she persistently sticks her nose in her friends’ business and attempts to matchmake them, at the expense of her own love life.

With a beautiful setting, outstanding cast, and romance that sets hearts aflutter, it’s a classy, timeless comedy with a happy ending. The film received three Academy Awards and is available to stream on HBO Max.

Bridget Jones, played by actress Renée Zellweger, is an average woman struggling with her age, weight, career, and lack of romance. But when she decides to take control of her life, things heat up as her boss takes an interest in her, and a disagreeable acquaintance she can’t stop thinking about repeatedly makes appearances in her life. She finds herself in a Pride and Prejudice-like love triangle, which she recounts in her diary. In fact, Bridget Jones’s Diary is based on a book of the same name, and while it is not a direct adaptation, it is a reinterpretation of Pride and Prejudice.

It’s a classic opposites attract situation with raunchy and realistic dialogue. It’s corny but cute and will have you asking the same question as Bridget – who is Mr. Right? The film will be available to stream on Netflix on August 1, 2022.

Like in the 1996 version of the film by the same name, Emma Woodhouse is beautiful, rich, and clever – a big fish in the little pond of her sleepy town. She attempts to navigate the social nuances of English society while also trying to pair up her friends and neighbors with suitors who are just wrong for them. But while she meddles in the affairs of her friends, she almost misses her chance at love.

The film modernizes the romance and comedy of Austen’s story. It’s stylish, aesthetic, and a charming period drama. With a terrific cast and a script that encapsulates the source material, it’s an authentic window into the 1800s. Emma is available to stream on Amazon Prime.

Fire Island is a modern-day story inspired by Pride and Prejudice. When Noah, an Elizabeth Bennet-type, swears off men hoping to get his best friend laid at Fire Island, a place known for its gay villages, he gets more than he bargained for. After the pair set out to have a legendary week-long trip, Noah meets Will, who goes from being a nuisance to a heartthrob.

It’s a contemporary romantic comedy that showcases the diverse, multicultural analysis of queerness and love. It’s rated R for strong sexual content, language throughout, drug use, and some nudity. Fire Island is available for streaming on Hulu.

Cher Horowitz is pretty, popular, and rich. But she’s also nosy, shallow, and a bit vain. Though good-natured, Cher is naive and has a lifestyle that revolves around her expensive taste and the social hierarchy at her high school. She fills her time by matchmaking her friends and teachers while neglecting her own love life. And while her outward demeanor seems superficial, she’s a charming, empathetic, and intelligent young woman just trying to find her way in life.

This modern-day high school equivalent of Emma will have you falling in love with the actress who plays the heroine, Alicia Silverstone, and the actor who plays opposite her, Paul Rudd. Clueless is available to stream on Amazon Prime.

This romantic drama is inspired by Austen’s favorite novel of the same name. Fanny Price was born into a poor family, so her parents send her away to live with her wealthy uncle, Sir Thomas, his wife, and their four children in an attempt to civilize her and make her a worthy candidate for a wealthy husband. However, she realizes that being wealthy and pompous isn’t a desirable goal for her. When she grows up, she becomes a beautiful young lady with a keen mind. But when she attracts the attention of a possible suitor, she tells him he must prove himself worthy of her affections.

Slightly gothic in nature, Jane Austen’s novel by the same name is satirical with tongue-in-cheek humor. When the main character, Catherine Morland, is invited to stay with the childless Allen family in Bath, she’s hoping to get the type of adventure that she’s been reading about in novels. However, her penchant for sensational gothic stories leads to her misunderstanding her own matters of the heart.

The film is a riveting performance by the cast and has a twist that would have made Austen proud. It’s available on Amazon Prime with a PBS Masterpiece subscription or for rent or purchase.

In an earlier film version of Austen’s last novel by the same name, Anne Elliot is given a second chance at love after she turned down a marriage proposal from Captain Frederick Wentworth at the behest of her family. Indeed, Anne is repeatedly persuaded to do the wrong thing, hence the name Persuasion. But when Captain Frederick returns, now wealthy and no longer interested, the true test of her character emerges.

It’s a beautiful adaptation with the actors portraying the suffering of the characters, their striving for happiness, and their love for each other. Persuasion is available to stream on Amazon Prime.

This retelling of Austen’s first novel tells the story of two poverty-stricken sisters forced to find financial stability through marriage. After the rich Mr. Dashwood dies and leaves his second wife and their three daughters, the rules of inheritance leave them on the brink of bankruptcy. Although a kindly cousin takes them in, the practical Elinor and the romantic Marianne’s marriage prospects suffer due to their destitution.

With superb performances, captivating dialogue, and a charming setting, it’s a story of family, friends, heartbreak, sisterhood, and romance. With disapproving families, love triangles, and unrequited love, it’s a much-watch Jane Austen adaptation. Sense and Sensibility is available to watch on YouTube and HBO Max.

Pride and Prejudice is arguably the most popular of Jane Austen’s novels. It’s the story of five sisters in Georgian England whose lives are turned upside down when two wealthy and eligible bachelors move into their neighborhood. With the familiar Austen theme of the burden of securing a financial future lying in the hands of the daughters, they find that many trials and tribulations stand in their way. But when spirited Elizabeth Bennet, the second oldest sister, meets rich and proud Mr. Darcy, they’re at an impasse. Both refuse to let go of their pride and prejudice and almost miss a chance at true happiness.

It’s a humorous story about love and life, with beautiful locations, a great script, and excellent performances by the actors. This timeless adaptation of a timeless novel is free for streaming on Vudu.