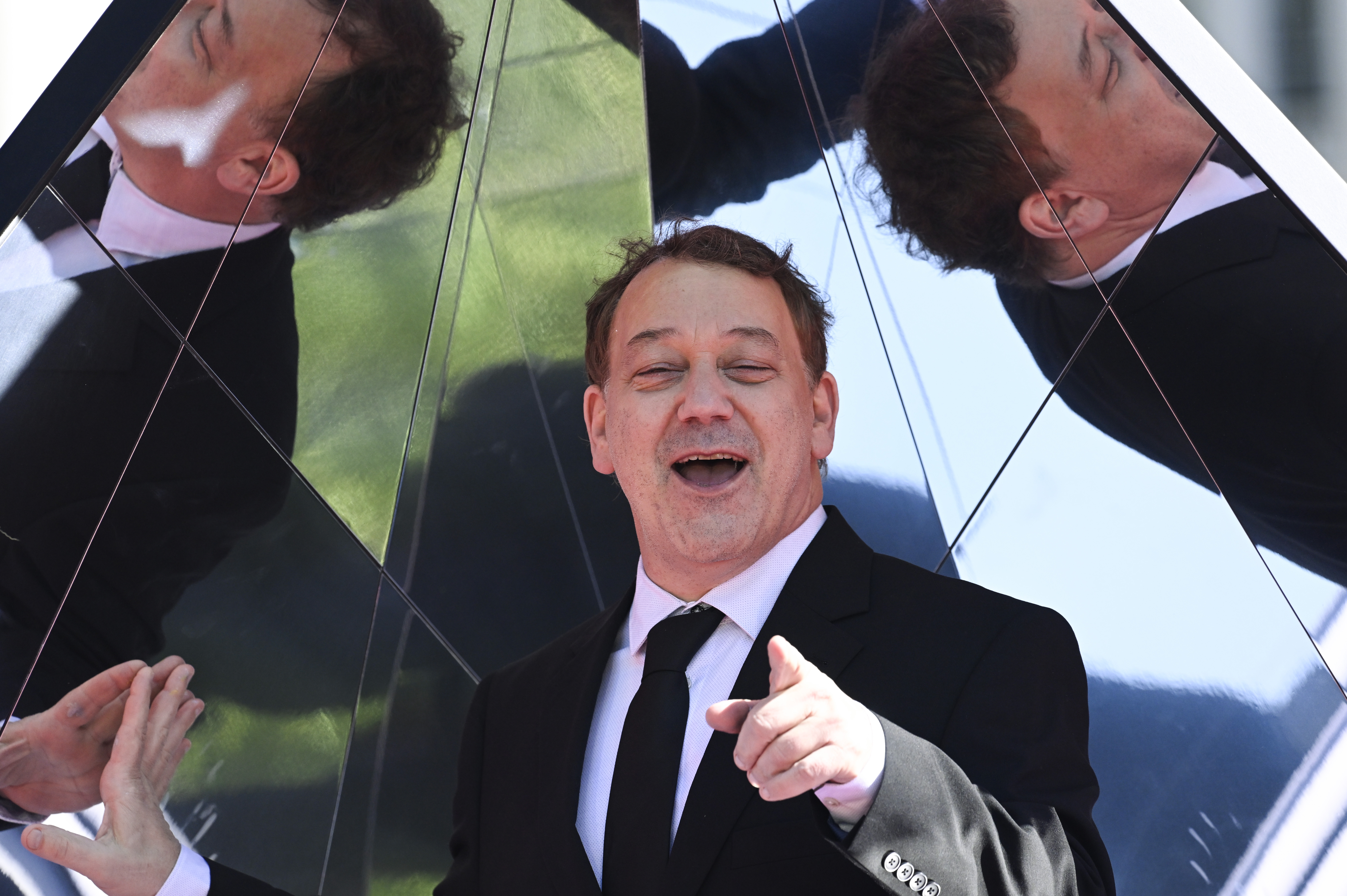 Sam Raimi is one of the last auteur filmmakers working in the industry, and has become a staple of several genres since making his first features in his college days.

Raimi came up around rogue, independent filmmakers who truly believed in their projects, and put their blood, sweat and tears into their projects. All of this is evident as early as his first feature film, 1980’s seminal horror flick The Evil Dead. Since then, he’s worked in other genres such as superheroes, fantasy, westerns, sports, and noir.

As a film fan, Raimi is possibly my favourite director. Since growing up on the Spider-Man trilogy, I graduated to his horror flicks, as well as his various miscellaneous projects. Nobody does horror, comedy, and horror-comedy like Raimi.

Known for his signature “crash-zoom” shot, gruesome violence, and a staple of actors, here are the ten best films from the filmography of Sam Raimi.

A real odd duck of Raimi’s filmography, The Quick and the Dead stars two great actors in a mostly forgettable but sometimes subversive Western flick. Breaking the mold of the Dollars trilogy, and nearly every Western, it features Sharon Stone playing a woman gunslinger who seeks vengeance at an annual shoot-out.

Starring Gene Hackman as its villain, it piques interest mostly with its astonishing cast and a few of the signature Sam Raimi shooting techniques. Studios are constantly rebooting already good movies, but why not do The Quick and the Dead?

Raimi’s first project after his unfavoured Spider-Man 3, Drag Me To Hell sees the auteur back in a horror sphere, but in a much more grounded way than seen in the Evil Dead trilogy.

Roughly 8 when this came out, my first memory of the film was seeing a trailer for this on AddictingGames.com, and being absolutely horrified by the old lady putting the curse upon the her for rejecting her loan. It’s got some awe-inspiring visuals and ideas around Hell, which incorporates a few different cultural interpretations.

The biggest downfall of it is definitely that it’s not a super tight story – but at 100 minutes there’s a good ratio of spooks per minute. It’s the last time Raimi made a true horror film, and hopefully not for much longer.

8) Doctor Strange in the Multiverse of Madness

Raimi’s return to not only superhero films, but to the director’s chair. After a nine-year gap in feature films, Doctor Strange in the Multiverse of Madness was an emphatic way to return. Featuring some of Raimi’s signature stylistic moves, and also capturing a tone reminiscent of his Spider-Man trilogy.

It’s very clearly a Marvel Studios movie, but the film absolutely shines when Raimi gets to show his vicious streak and horror elements. Scenes like Scarlet Witch folding herself out of a mirror, the gruesome deaths of major heroes, and the undead comedy show he’s still very much capable of capturing horror.

If Raimi gets the chance to do another Doctor Strange film, you’d really hope they let him actively choose the story and have more say in the script. He’s as capable as a writer as he is a director, and Marvel would do well to utilize that.

Raimi’s first superhero movie, Darkman is a fittingly gritty movie. While a heap of praise goes to Sin City, Darkman walked so Sin City could run. The striking visual style of the movie, the performance from Liam Neeson – it’s all very enjoyable.

Putting this on a double-bill with The Crow will have you in peak 1990s angsty gothic hero mode. Raimi’s understanding of superheroes is first displayed here, and it’s no surprise he directed Spider-Man a decade later.

Described by the “king of horror” Stephen King as the “most ferociously original horror film of the year” in 1989, The Evil Dead was the perfect beginning to Raimi’s career and is to thank for many of his stylistic choices even forty years on.

The cabin in the woods being taken up by college kids, a poltergeist, and some highly uncomfortable visuals. It’s got a strange legacy – in its day it was deemed just a horror film, but is reappraised these days as more of a horror-comedy.

There’s something so potent about the film, it’s very much in its infancy as a series, but it has the most genuinely terrifying imagery of any of his films. The practical effects do wonders today for keeping it such a unique looking film.

I shotgunned all three Evil Dead films during a special screening last year, and it’s hard to not see it primarily as a comedy film. Regardless of genre, it’s a classic and such a brutally made film.

The first-ever feature outing for Spider-Man came after a tumultuous time in development hell. After James Cameron’s version got ditched, Sony went ahead with Sam Raimi as director.

It’s a weirdly-aged film, and after so many Spider-Man reboots it’s perhaps hard to appreciate how much of a trendsetter this was. Not just for Spider-Man though, but for superhero films. It’s so crystal clear that these films were made with a specific vision, something that was lost during The Amazing Spider-Man duology, and even in a lot of the modern Tom Holland trilogy.

This almost real, sorta comic book world has undeniably unique feel. There’s plenty of things that don’t work super well in hindsight, but Raimi’s way of delivering the webhead to the big screen is still magical.

Willem Dafoe’s Green Goblin is such an effective villain, and the performance makes up for a very odd costume decision. I think something modern Spider-Man could learn from this is the graveyard confrontation at the end. It’s bloody, it’s gruesome, and it really feels like Spider-Man is barely able to power on. The win feels earned, and the gritty nature stands out against heavily CGI’d modern films.

If The Evil Dead was a comedy on a shallow, puddle-like level, this is a full-on ocean of comedy. It’s sort of a remake of the first film, and also on some level a sequel- but that really doesn’t matter. This is Raimi’s comedic side really showing, and at just his second outing.

The first film was outrageously gruesome, this is far more outrageously funny. Leaning into the meme, as we would say today. Bruce Campbell’s sheer charisma takes this movie so far, and the film takes itself seriously in its unseriousness. It’s so dedicated to having a laugh and glorifying its own gore and heart.

I think this is also when Raimi realised his comedic writing was a strong suit. Horror and comedy are quite similar in they both require a set-up and a pay-off, as well as prey on your unsuspecting nature. Even then, this isn’t even the funniest Sam Raimi film to date.

Neo-noir thriller A Simple Plan goes away from his horror and comedic routes, and allows Raimi to shine in a different context. Instead of tongue-in-cheek horror, it’s a straight-faced crime film with a strong emotional core that sets it up. The “intellectual” Raimi film, in the eyes of some.

Strikingly, this is Raimi’s first film to get any recognition at the Academy Awards, with Billy Bob Thornton getting a nomination for Best Supporting Actor, and nominated for Best Adapted Screenplay

1993 saw Army of Darkness released, with it following on directly from the twist-ending of Evil Dead II. Straight from the offset, it’s apparent that this is an action-comedy. The film boasts some of the finest one-liners ever, and the birth of the iconic “this is my BOOMSTICK” from Bruce Campbell’s Ash Williams.

The aforementioned charisma of Campbell shines here, and his delivery and look are a perfect fit for a movie emulating silly B-movies of yesteryear. The humor with the skeletons, the simple-but-effective plot, and just a heart of gold shown. Movies like Army of Darkness don’t really happen anymore, long gone is the day of a knowingly-trashy, tongue-in-cheek film like this.

I rewatch Army of Darkness the most of any Raimi film. I think it’s a perfect horror-comedy, action-comedy, whatever genre you want to assign it. It’s brutally funny and the type of film made for special screenings with fans. To me, it’s Raimi’s equivalent of Rocky Horror Picture Show.

Straight up, this is still the pinnacle of Spider-Man in film and Sam Raimi’s filmography. It’s got the perfect villain, perfect action sequences, a heartfelt plot, a likable hero, and strong themes that haven’t been topped in superhero films since.

The story isn’t really about Spider-Man. It’s about Spider-Man coming to terms with his alter ago Peter Parker, who has felt trapped under the mask since he gained powers. The period of the film that he loses his powers is so effective because the struggles in his life are relatable, and you get the sense of who he is. He re-learns the responsibility, and frankly, this might as well be the origin film.

With every new Spider-Man release, people go straight to compare it to the best one – which will always be Spider-Man 2. I’m sorry, but it’s true.