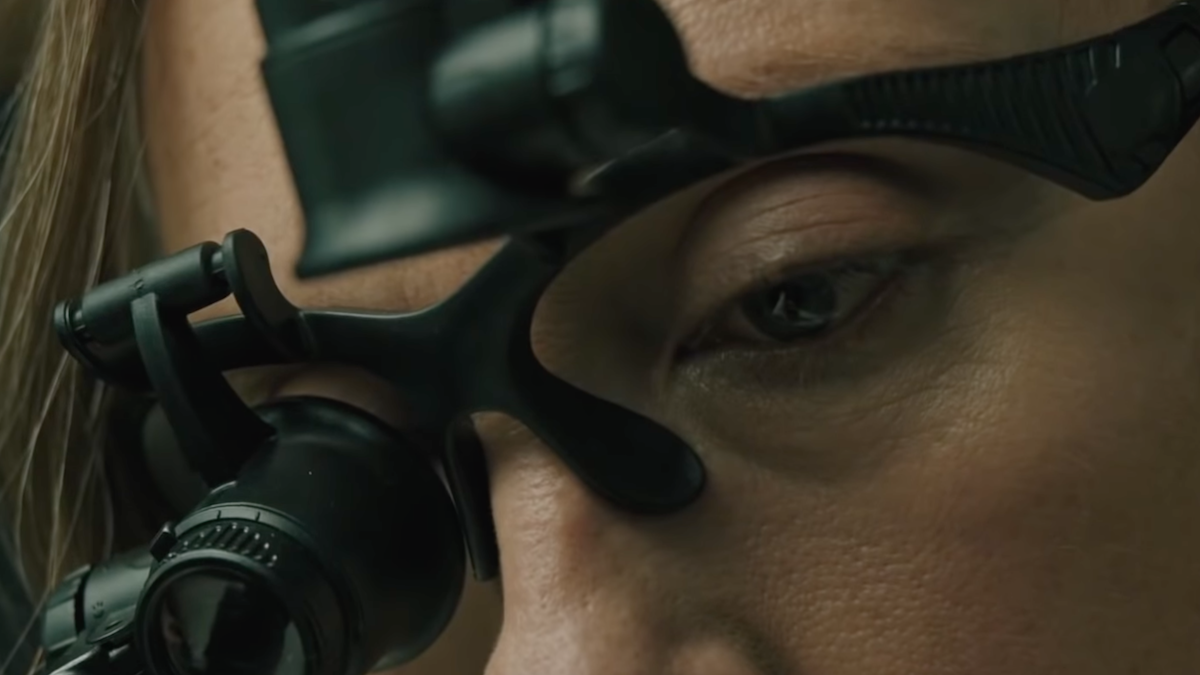 Unlike distinctive genres — such as comedy and drama — whose movies include vibrant endings and happy-go-lucky directions for its characters, horror movies are much less lenient when it comes to providing a happy ending. Rather, many horror movies rely on a somber and downer ending to encapsulate the overall terror felt throughout the cinematic experience. In simpler terms, directors, writers, and producers within the horror genre have a better understanding of what will enrage an audience, or how to make an audience upset or cry because of a particular ending.

The truth is, horror movies are not supposed to have happy endings. The whole point of a horror movie is to experience sheer terror and understand that it cannot always be sunshine and rainbows for the characters involved. While some horror movies still rely on a happy ending, others prefer a sad and downer ending that evokes disturbance.

Sam Raimi is currently riding the wave of success from Doctor Strange 2, but before the superhero blockbuster, Raimi highlighted his horror roots with Drag Me to Hell back in 2009. While the supernatural horror focuses on themes of voodoo, possession, and demonic abilities, there’s plenty of dark comedy hidden between the cracks. And while the comedic relief shines when it needs to, the movie features a bleak ending where main character Christine Brown realizes that the ominous curse placed upon her has failed to be reversed.

Released back in 2012, Sinister remains one of the scariest movies in modern cinematic horror with one of the most unsettling endings. Throughout the film, Ethan Hawke’s novelist character Ellison Oswalt is haunted by the terrifying past of his house and a series of homemade videos that showcase children killing their families. In the film’s third act, Oswalt realizes that it is Bughuul — an ancient demonic presence — who is persuading the children into committing these horrible crimes, which includes Oswalt’s own daughter. In the end, Bughuul succeeds, and Ellison’s daughter Ashley murders the entire family.

Jeepers Creepers, where’d you get that sad ending? The infamous horror movie follows Darry and Trish Jenner, a brother and sister duo who encounter the Creeper, an ancient demonic creature who feasts on humans for 23 days every 23 years. Amid the chaos, the film features one of the most disturbing endings, with Darry sacrificing himself for his sister and being carried off into the night sky with the Creeper, who uses his wings to escape with Darry. The movie ends with the audience learning that the Creeper has killed Darry and removed his eyes, resulting in the death of one of the best characters in horror.

Jordan Peele has cemented his legacy as one of the best filmmakers in the modern horror genre. After the tremendous success of Get Out, Peele’s follow-up film Us captured audiences with its surprise ending. The movie follows a group of doppelgangers that seek to take over the world and make a place for themselves. The conclusion to Us is perhaps one of the most unsettling moments in horror, where the believed main character Adelaide is revealed to actually be a doppelganger that killed the actual human version of herself.

James Wan is one of the most prominent filmmakers in the horror genre, and Insidious remains at the top of the list in terms of his best movies. The film follows Dalton Lambert, a young boy who has the ability to astral project and winds up stuck in an otherworldly dimension called the Further. When the Lambert family enlist the help of paranormal psychic Elise Rainier, she helps Dalton’s father Josh rediscover his ability to astral project — which requires Josh to rescue Dalton from the Further. In the movie’s closing minutes, Josh — who is possessed by a dark spirit — returns from the Further and murders Elise, much to the shock of viewers everywhere.

The original Pet Sematary remains one of Stephen King’s best film adaptations, and features one of the darkest endings in cinematic horror history. The film revolves around the Creed family who, after they move into a house with a disturbing pet cemetery nearby, experience supernatural occurrences that cause more harm than good. When the Creeds’ youngest son Gabe gets hit by a truck and dies, his father Louis buries him in the “sematary” in hopes of bringing him back to life. Unfortunately, Louis also tries this method with his wife Rachel, but realizes that those that come back to life are zombie-like and dangerous.

David Guy Levy’s psychological horror/thriller Would You Rather shocked viewers with its unexpected twist ending. The film stars Brittany Snow as Iris, a woman who unknowingly enters a parlor game in order to win the money and resources for her brother Raleigh’s cancer treatment. Iris eventually finds herself stuck in a warped game of “would you rather,” where the contestants must choose one of two options – though their choice could be deadly. In the end, Iris suffers unfathomable trauma and wins the game, only to return home to discover Raleigh has killed himself.

Ari Aster’s Hereditary terrified audiences back in 2018 with its bizarre, macabre, and heart-stopping scenarios. In the film, artist Annie Graham is grieving over the death of her estranged mother Ellen. As the movie progresses, Annie and the rest of the family discover the truth about Ellen’s involvement in a pagan coven that hopes to resurrect an ancient pagan deity – who seeks to inhabit Annie’s teenage son Peter. The entire movie features bleak moments that make our jaws drop – including the death of Annie’s daughter Charlie. However, the ending is the final nail in the downer coffin, where Peter dies and the demonic creature Paimon takes over his body.

The most terrifying part about The Strangers isn’t just that its plot could actually take place in real life — and it is loosely based on actual events — but that its ending is enough to raise the goosebumps on your arm. Throughout the film, a couple are stalked by a trio of merciless masked strangers that attempt to play vicious mind games. In the film’s closing moments, the trio finally invade the couple’s secluded cabin, in which they ask the “strangers” why they’re committing these crimes. One of the strangers simply responds by saying, “Because you were home.” It’s one of the most bone-chilling endings that kept viewers on the edge of their seats.

Rosemary’s Baby is easily one of the most classic movies in cinematic horror, and with such a memorable ending, it’s certainly not difficult to understand why. Mia Farrow portrays Rosemary who, after she moves into a new apartment with her husband, becomes pregnant and fears that her neighbors have sinister intentions. In the movie’s spine-tingling final act, Rosemary discovers that she has given birth to the spawn of Satan, after having been drugged and assaulted at the request of her neighbors — who are revealed to be members of a Satanic cult.