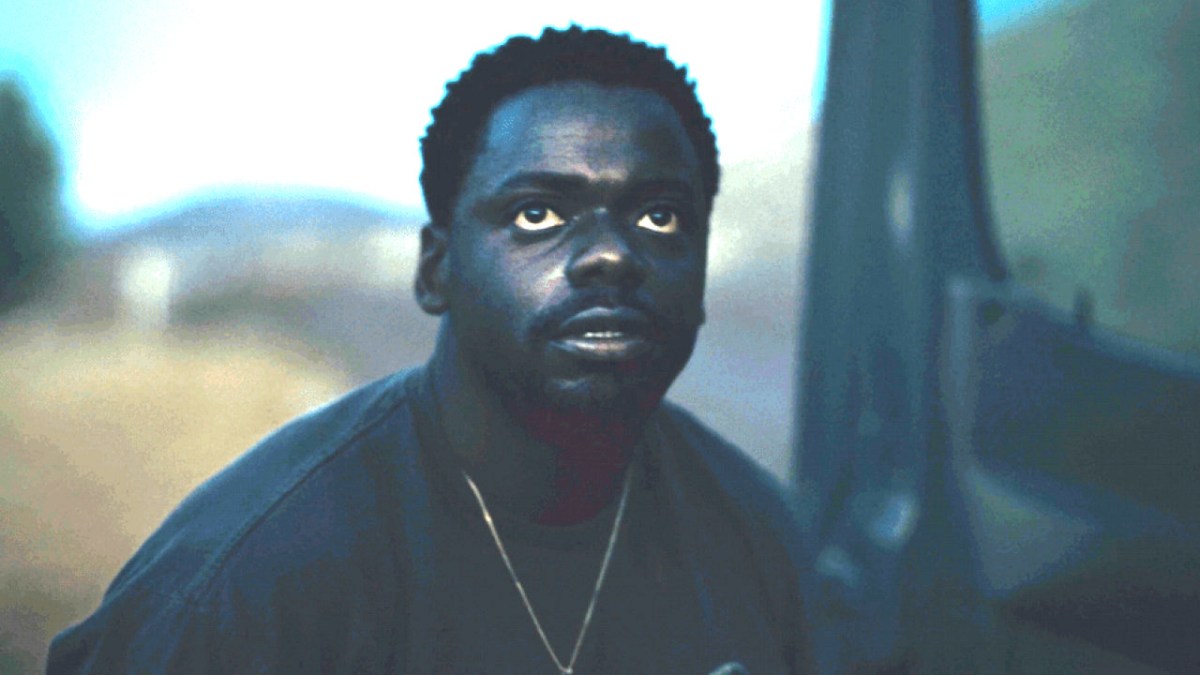 Movie fans should be very excited about the upcoming weekend, as Saturday, September 3 is National Cinema Day. This event, organized by the Cinema Foundation, celebrates the theater experience and the magic of movies. And to honor this event, theaters in America and Canada will be offering $3 movie tickets.

Also, many cinemas are running special showings, including some legendary films returning to the big screen and some overlooked films from recent years getting another moment in the spotlight. Whether you’re looking for comforting flicks while munching popcorn or a chance to broaden your horizons, you’ll find something that appeals to you.

Here are some highlights from around the country, from the expected to the obscure.

Note: Showtimes and showing options will vary from cinema to cinema. Visit the National Cinema Day website to find participating theaters near you and their offerings.

Just when you thought it was safe to go back into the water, the film that defined the term “summer blockbuster” comes crashing into theaters again. Steven Spielberg’s 1975 hit Jaws is still an epic experience on the big screen, and despite its age, the film is just as tense today as it was all those years ago.

Join Martin Brody as he tries to put a stop to the shark that is terrorizing his seaside town. All while trying to deal with his own life and the town’s corrupt mayor who puts profit before people.

2021’s Spider-Man: No Way Home was a massive hit when it landed on screens. The 27th film in the Marvel Cinematic Universe, this film sees Peter Parker trying to make his secret identity secret once more. However, when he tries to use Dr. Strange’s magic to do this, it all goes wrong, and some new villains emerge.

Action-packed and a lot of fun, this is a fantastic choice for those looking for some thrills. Remember that the $3 ticket promotion also applies to premium movie formats like IMAX, so this might be the perfect time to check out some new cinema technology.

The Minions franchise has divided the public, but the latest Despicable Me spin-off is doing well with both viewers and critics, making this the perfect film to take the kids to this weekend.

Telling the story of how franchise regular Gru became the villain he is today, the movie sees the Minions going on an epic quest to prove themselves to their evil overlord. Of course, this is anything but easy, as the Minions’ general ineptitude causes chaos to follow them everywhere they go.

2021’s The Black Phone is a tense thriller perfect for the big screen. Directed by Scott Derrickson and featuring a career-defining performance by Ethan Hawke, the film follows a young boy that gets kidnapped by The Grabber, a serial killer. However, while trapped in The Grabber’s basement, the boy finds a broken old phone. This phone seems to have magical properties. And it might give him a chance to escape the killer’s clutches.

Reduced price tickets mean that Saturday is the perfect time to cross the latest MCU film off your dance card. Directed by Taika Waititi, Thor: Love And Thunder sees Thor trying to escape his crushing melancholy. However, when Gorr the God Butcher embarks on a quest to murder all gods, Thor must team up with the new Mighty Thor, Jane Foster, to stop him.

Christian Bale’s performance as Gorr is worth the price of entry alone, as it is genuinely chilling. The rest of the movie perfectly delivers the blend of comedy and action that Taika Waititi is known for.

National Cinema Day is the perfect time to try something new, and if you’re looking to explore this Saturday, then 2012’s Moon Man is the ideal choice. A German, French, and Irish co-production, the film was directed by Stephan Schesch.

This charming animated feature stars the man on the moon. One day, this little fellow grabs hold of a shooting star, causing him to fly off the moon and land on Earth. While Moon Man explores this new environment and wonders at all humans do, the President of the world is panicking, thinking that the landing of the Moon Man is actually an attack from space.

Charming, whimsical, and packed with gorgeous animation, Moon Man is a superb introduction to alternative cinema for adults and children alike.

Another legendary film returning to screens for the event is The Blob. Released in 1958 and directed by Irvin Yeaworth, this classic horror film follows the titular blob. This strange creature lands on Earth thanks to a meteor strike and quickly devours all in its path, terrorizing a small town in Pennsylvania as it does.

While obviously dated, this film featured some cutting-edge special effects when it was released. And despite its age, it is a lot of campy fun today. If you’re lucky enough to still have a drive-in movie theater in your area, this would be the perfect movie to watch at it.

One of 2022’s most unexpected hits, Bodies, Bodies Bodies, is a black comedy thriller with horror elements. When working-class Bee goes to a hurricane party with her wealthy friend Sophie, things quickly take a turn for the weird, and the lavish mansion quickly becomes the scene of several bloody murders.

Featuring a lot of fun twists on classic horror tropes, Bodies, Bodies, Bodies is a fun and energetic film with plenty of memorable moments that will stick with you long after the credits roll.

The latest movie from Jordan Peele further cements his reputation as one of the most original horror writers currently active. This neo-western sci-fi horror film follows the residents of a rural area of California as they make a startling and terrifying discovery that connects several horrible events from the past. Creative and unique, Nope will keep you guessing the whole way through and is worth a watch even if you’re not a horror fan.

The latest from Baz Luhrmann, Elvis tells the story of legendary rock-and-roll icon Elvis Presley. However, in a twist to the usual format, this film is told from the perspective of Elvis’ manager, Colonel Tom Parker. Parker, played by Tom Hanks, explores how he helped Elvis rise to stardom while touching on the darker moments of both men’s lives, making this stand out from other musical biographical movies.

5. Marcel the Shell with Shoes On

One of the most charming films of 2021, Marcel the Shell with Shoes On was a massive sleeper hit. Directed by Dean Fleischer Camp, this mockumentary follows Dean, a filmmaker who is having a rough time after his divorce. When he moves into an AirB&B, he finds talking shell Marcel is already living there, along with his grandmother Nanna Connie and his pet ball of lint, Alan.

Together they motivate and help each other survive life’s ups and downs. The whole film is delightfully melancholic and features some really clever visuals, making it perfect for those who want a comforting film that pushes their boundaries a little.

Top Gun: Maverick quickly cemented itself as this summer’s biggest blockbuster. The sequel to 1986’s Top Gun, this film sees Tom Cruise step back into the shoes of fighter pilot Pete “Maverick” Mitchell. While it looks like Maverick is a relic from a former time, a new threat forces him to hop back into the cockpit to show why he and the other fighter pilots are so revered.

An action-packed feast and a well-executed 1980s action throwback, Top Gun: Maverick is another incredible film to see in IMAX or other premium formats this Saturday.

A thriller that shows just how talented John Boyega is, Breaking follows Brian Brown-Easley, a broke Marine Corps veteran. Desperate to support his family, Brian decides to rob a bank, though this quickly causes him more issues. Based on a real-life story, Breaking is tense and flawlessly directed, making it a must-watch for those who like their films shadowy and ominous.

2. Everything Everywhere All at Once

Everything Everywhere All at Once is one of 2022’s most praised films. So if you missed it the first time or want to experience it again, this Saturday is the time to do it.

Directed by Daniel Kwan and Daniel Scheinert, the film follows Evelyn Quan Wang, a stressed-out laundromat owner, and wife. However, her life gets tipped upside down when she learns that parallel universes exist and that she can jump between them. However, this isn’t just a sightseeing trip, as Evelyn is tasked with saving the multiverse.

Unique, breathtaking, funny, and memorable, Everything Everywhere All at Once is one of those films that defies classification in the best possible way.

This historical comedy, directed by Anthony Fabian, is an adaptation of the novel Mrs. ‘Arris Goes to Paris by Paul Gallico from 1958. It follows widowed cleaning lady Ada Harris. Despite being hard up, Ada falls in love with one of the Dior dresses her client wears. Ada decides to treat herself to a Dior dress of her own and heads to Paris to buy it.

However, this decision drops Ada into Paris’ high fashion scene. And despite the locals disliking her working-class sensibilities, Ada is soon in the middle of some of Dior’s most pivotal moments. Lesley Manville puts in an excellent performance as Ada in this hilarious, charming, and life-affirming movie. If you want to watch something that will make you feel good, then Mrs. Harris Goes To Paris is the film you need.