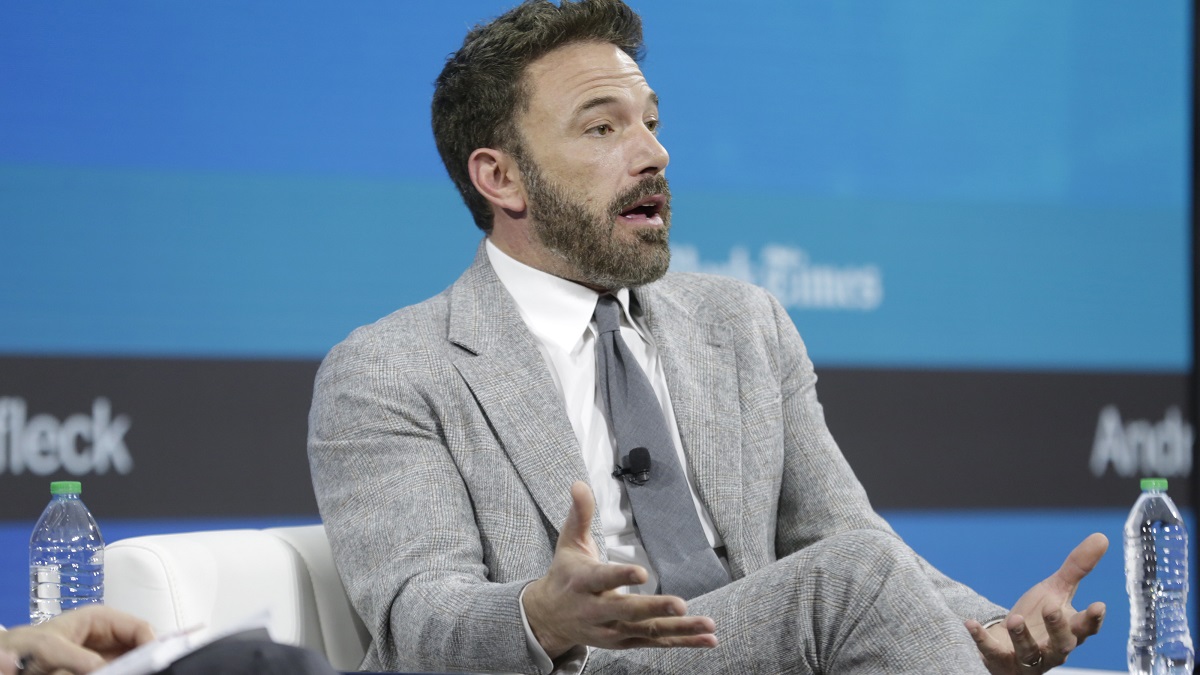 Photo by Thos Robinson/Getty Images for The New York Times

We’ll acknowledge that Ben Affleck has an impeccable and very rare 100 percent success rate at the Academy Awards, winning both of the only two Oscars he’s ever been nominated for, but the actor, producer, writer, and director hasn’t half starred in some utter sh*t during his long and distinguished career.

In fact, Affleck has no less than four Razzies tucked under his belt from a grand total of 12 nominations, with his filmography littered with many critical disasters, commercial catastrophes, and misguided flops, of which we can include the likes of Gigli, Pearl Harbor, 2003’s Daredevil, Surviving Christmas, Justice League, and least a few more on top of that.

He’s still regarded as the DCU’s current Batman, too, so it’s a little bizarre to hear someone that’s experienced the highest of highs and lowest of lows Hollywood has to offer taking a thinly-veiled shot at Netflix during a Q&A session in support of his newly-founded studio Artists Equity at The New York Times’ DealBook Summit, per Deadline.

“I see no difference between commercial and quality. If you ask [Netflix boss] Reed Hastings … I’m sure there’s some risk in that, and I’m sure they had a great strategy, but I would have said, ‘How are we going to make 50 great movies?! How is that possible? There’s no committee big enough. There aren’t enough – you just can’t do it. It’s a thing that requires attention and dedication and work and resists the assembly line process.

Scott Stuber is a really talented, smart guy who I really like… but it’s an impossible job. There’s bigger audience for action movies than there is for small dramas – I get that. Certain genres play more broadly and you can’t not be mindful of that. But let’s do a good one, let’s surprise the audience, let’s make them care about it.”

Affleck is a fantastic filmmaker as he’s proven several times over, and he’s a much better actor than he often gets credited for in spite of some questionable career choices over the years, so we’ll see if his words to end up holding whatever whenever Artists Equity starts churning out original content on the regular.