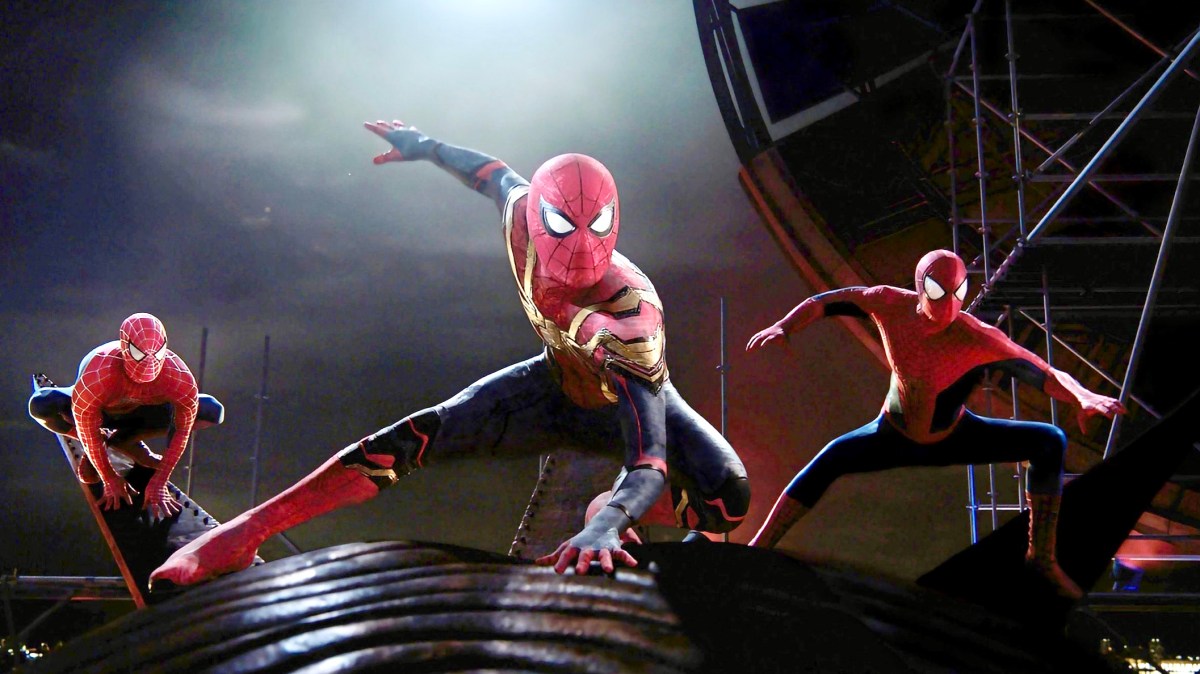 The Marvel Cinematic Universe is, without a doubt, the largest film franchise in the world. Widely credited with the resurgence of live-action adaptations of some of the most popular comic book storylines and characters of all time, the MCU has gained a reputation over the years for notoriously avoiding spoilers in the trailers released. While many films across other franchises usually give away a little too much before the film’s release, Marvel has mastered the art of keeping the biggest shocks and twists for the theatrical experience.

Whether it’s having actors shoot multiple versions of scenes, or intentionally planting misdirects in their trailers, Marvel has proven that it’s willing to do whatever it takes to avoid spoilers for its projects. Here are 10 times that Marvel successfully planted misdirection in its trailers to intentionally trick fans.

Spider-Man: No Way Home will probably go down as one of the most anticipated MCU movies ever, alongside the final two Avengers movies from the Infinity Saga: Infinity War and Endgame. To avoid spoiling anything, the trailer for No Way Home included a shot of Tom Holland’s Peter Parker launching into battle with multiple enemies, such as Sandman, Electro, and Doctor Octopus.

In the final edit of the film though, we see that Holland was actually joined by both other variants of Spider-Man from other universes, brought to life in the past by Andrew Garfield and Tobey Maguire. The truth about whether the past incarnations of Peter Parker were going to feature in the movie was one of the worst-kept secrets of No Way Home, but the payoff of seeing all three versions of the character fight together was worth the months of speculation for many fans, solidifying itself as one of 2021’s most defining moments in cinema.

Tom Holland’s Spider-Man movies have always included clever shots in the trailer to mislead fans, right from the first movie. Coming off his MCU debut in Captain America: Civil War, many fans were excited to not only see this new incarnation of Peter Parker but to explore his relationship with Tony Stark, as the latter was the one to recruit him into the Avengers.

Knowing how excited fans were to see more of this pairing, the trailer for Spider-Man: Homecoming features a scene of Spider-Man and Iron Man flying through the streets of Queens. This had many fans thinking that the duo was flying off to battle and we would be seeing an epic team-up between the Web-Slinger and his mentor against Vulture. However, Tony Stark was only in the movie for a few minutes, and none of them were spent teaming up with Peter for any battles.

Avengers: Infinity War was the most anticipated movie of 2018 with MCU fans finally getting a proper introduction to the Mad Titan, Thanos. The MCU went all out in trying to avoid spoilers, opting for several misdirects in the trailer. The trailer featured a scene of the Avengers charging into battle, presumably against Thanos, and the shot included Bruce Banner in Hulk form, a feat we now know he was never able to achieve in the movie. Another misleading scene in the trailer was the moment when Thanos struck Captain America and Steve was able to hold his ground, showing off only two Infinity stones on Thanos’s gauntlet — the Power and Space stones. However, in the final edit, Thanos had already gotten all but the Mind stone by that point in the film.

Thor: Ragnarok marked a huge shift for everyone’s favorite Asgardian, as Thor’s home plane was destroyed in the apocalyptic event of Ragnarök. Many fans wondered whether the film title gave the ending away, but held out hope that Thor, Loki, and Valkyrie would find a way to prevent the event. To avoid any spoilers, Marvel made sure to tailor some crucial scenes in the trailers. One of these was a scene of Valkyrie sliding down the Asgard bridge with the landscape of Asgard behind her. In the trailer, Valkyrie is holding her twin daggers and Asgard looks normal in the background. In the movie, this scene looks a little different as her hands are empty and we see Asgard burning behind her as Ragnarök ultimately comes to pass.

Avengers: Endgame was Marvel’s biggest project and the one to close out the almighty Infinity Saga and Thanos’ story. Marvel pulled out all the stops to avoid spoilers, including filming scenes for the trailers that it never planned on including in the movies. There are a few of these scenes, such as a shot of Natasha practicing her shooting in a target range with an intense look on her face, seemingly preparing for a battle.

Another scene from the trailer that warped fans’ expectations of the movie was a scene of Thor brandishing his battleaxe, Stormbreaker, and surrounded on all fronts. This made fans think that Thor was going to be raging and ready for battle in the movie and intensified their surprise, when in fact, they were met with the out-of-shape and depressed Thor that we see for the majority of the movie.

Taking things back to the early phases of the MCU, we can see that this sneaky trailer strategy has been a tactic of Marvel’s from the start. Iron Man 2 was a highly anticipated movie after the success of the first, and this led Marvel executives to start slowly laying the groundwork for a future Avengers ensemble movie.

In the trailers for Iron Man 2, we are introduced to Natasha Romanov, aka Black Widow. The trailer shows a scene where Stark lets Natasha don one of his Iron Man suit gauntlets to take a shot, presumably at his birthday party scene, which led many fans to believe that the party would be the moment when Natasha would be revealed to be the Black Widow. However, Natasha was not included in the party scene at all in the final movie, her tiem to shine coming much later on.