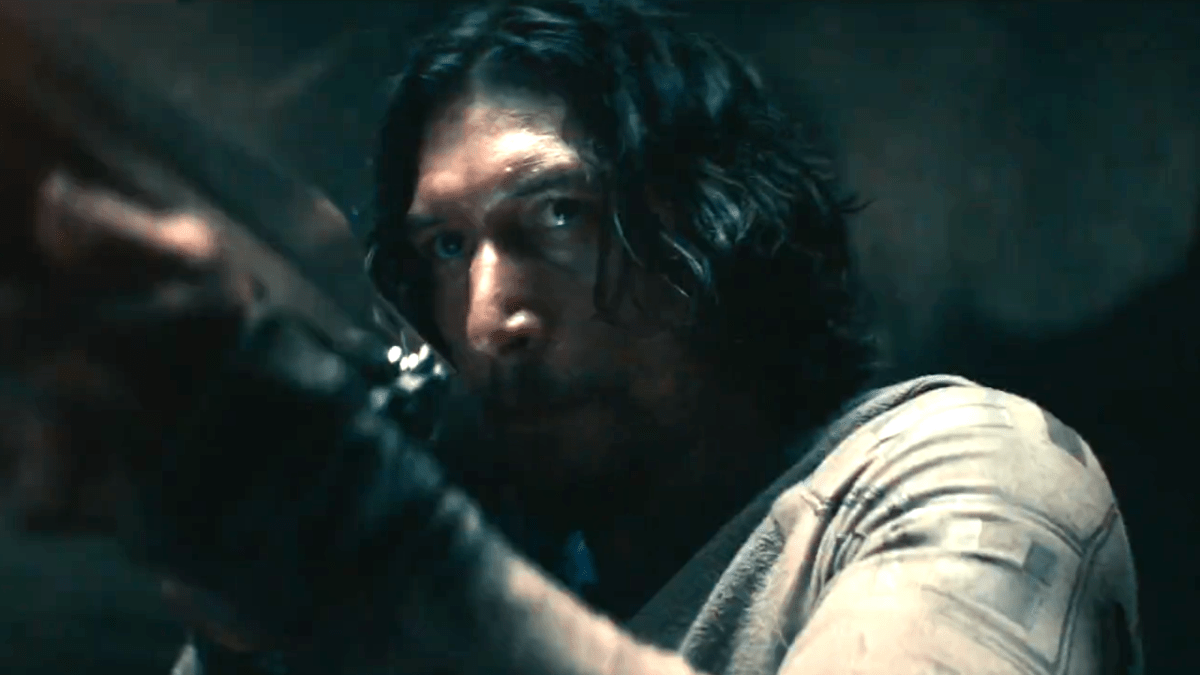 Few films have tested the boundaries of confidentiality quite like 65, the upcoming sci-fi thriller born from the imaginations of A Quiet Place writers Scott Beck and Bryan Woods; beyond the involvement of Adam Driver, Sam Raimi, and Danny Elfman, the details surrounding this film could currently be classified as an endangered species.

But that’s all set to change tomorrow when 65 gets its first official trailer, which will hopefully provide some hints regarding the nuances of the film, especially considering the numerous questions that have just been raised from its new teaser clip.

Featuring Adam Driver in one of his most unshaven states yet, the teaser features his character waking up from a nap in a dark cave, having been roused from his sleep by what looks to be a portable alarm system of sorts. Accompanied by a young girl in what looks to be a life-threatening situation, we hear a low growl from an unseen beast before Driver opens fire on it with a rifle straight out of the future.

The film’s description doesn’t reveal anything beyond Driver’s character, an astronaut, crash-landing on a planet that houses what we can only assume are bloodthirsty inhabitants, and while we probably won’t be getting any solid answers until tomorrow, we predict that dinosaurs are somehow involved in the mix, with the film’s title being a possible reference to the 65 million years that have passed since the dinosaurs were wiped out by the Chicxulub impactor asteroid.

65 will release to theaters on March 10, 2023. The official trailer for the film releases tomorrow.