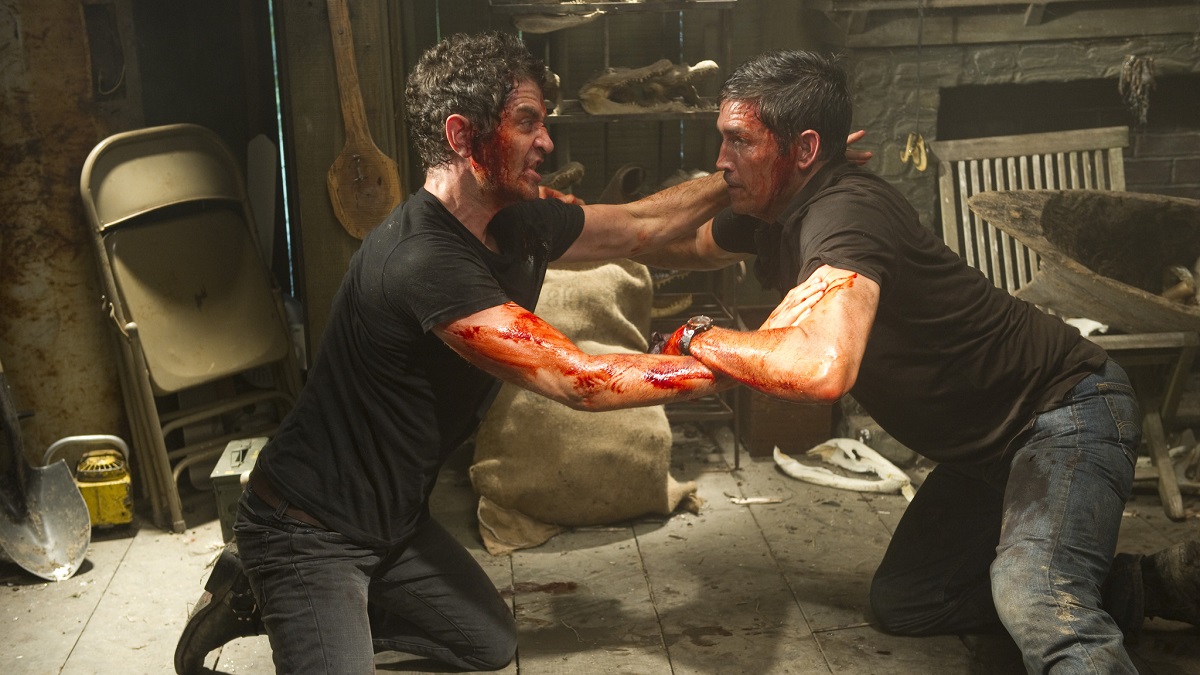 Under most circumstances, headlining a movie that earned $612 million at the box office would lead to much bigger and better things for the star in question, but Jim Caviezel has been open in admitting that leading Mel Gibson’s The Passion of the Christ actively hurt his career.

In fact, the actor was one of the top contenders to play Superman round about the time the religious drama was released, but he instead found it increasingly difficult to secure high-profile parts. Some of his more questionable personal opinions probably didn’t help, but Caviezel’s involvement is one of just many reasons why forgotten thriller Transit instantly faded from memory a decade ago.

Another obvious factor was that it wasn’t very good, with critics and audiences being equally dismissive of a high concept genre film that immediately grabs any sense of reality and throws it out of the window in favor of incredulous plot developments and a breakneck pace that never stops to catch breath.

Caviezel’s family man finds his vacation turned upside down when a gang of thieves hide their stolen cargo in his unwitting brood’s vehicle, with a plan in place to intercept them further down the line when the coast is clear. If you’ve seen only one motion picture in your entire life beforehand, you’ll still know that things don’t end up going so well for either party.

Despite being formulaic and derivative to a fault, Transit has become the latest forgotten film to rise from the grave of irrelevance on streaming, with FlixPatrol revealing the messy masterpiece of mediocrity has charted on Paramount Plus’ global most-watched list.