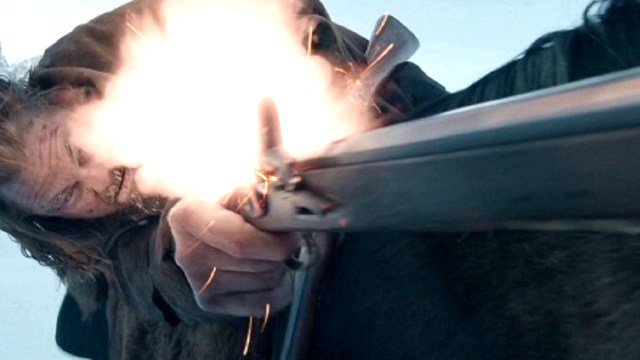 The internet being what it is, one of the biggest talking points following the release of The Revenant wasn’t the content of the film itself, but the focus on Leonardo DiCaprio finally winning that Academy Award for Best Actor at the fifth time of asking.

Of course, he did land the most coveted trophy of his career thanks to a jaw-dropping performance, but it would be a major disservice to one of the most brutal, barbaric, expertly-crafted, and astonishing epics of the 21st Century to drop all the praise at the feet of The Revenant‘s leading man.

Alejandro González Iñárritu won his second consecutive Best Director trophy, with cinematographer Emmanuel Lubezki going one better and making it three in a row following Gravity and Birdman. Over half a billion dollars at the box office indicates that audiences weren’t put off by a harrowing survival story that tested DiCaprio’s Hugh Glass well beyond the limit, and it would appear that streaming subscribers are ready to invest 156 minutes of their time into the film, too.

As per FlixPatrol, The Revenant has crawled through blood and snow to secure a plum placing on the most-watched charts of both iTunes and ad-supported platform Freevee, proving that no amount of bullets and bear attacks can dissuade the intrepid protagonist from scratching and clawing his way to the top of the pile.

It’s not the sort of thing you’ll find yourself clamoring to watch on a regular basis, but experiencing The Revenant for the first time is an unforgettable experience that everyone should endure at least once.