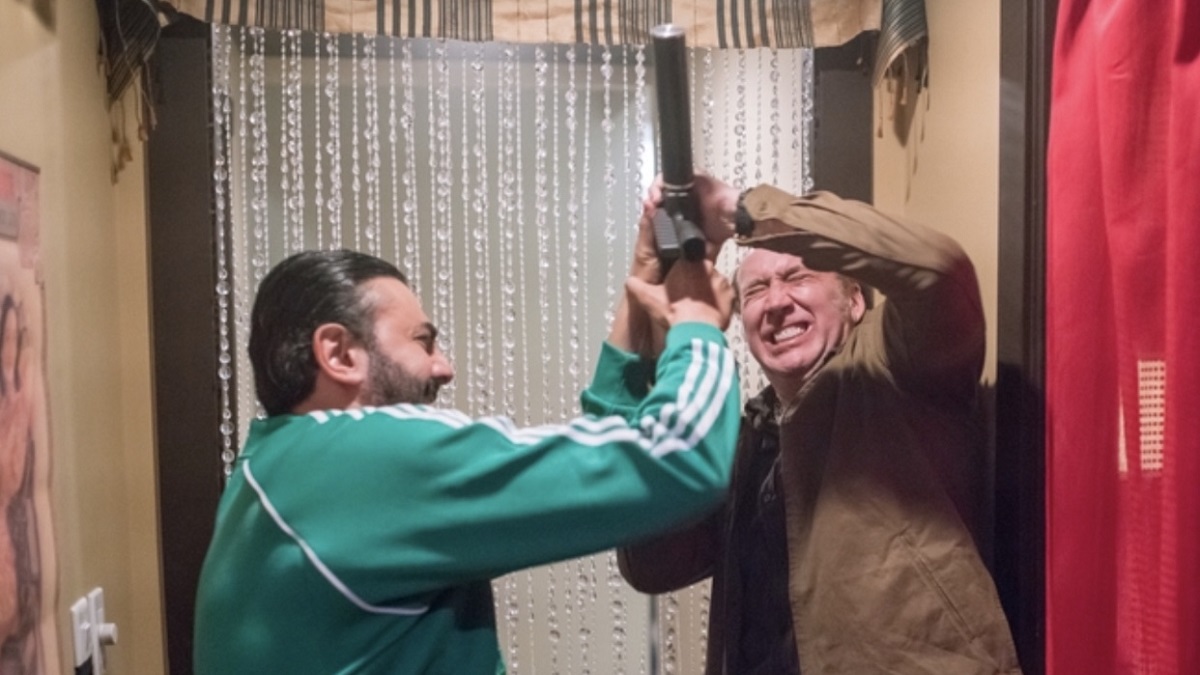 There’s plenty of irony in knowing that the single best-reviewed movie of Nicolas Cage’s career is coming to theaters next week, while one of his many terrible VOD thrillers is proving to be hugely popular on Netflix, with subscribers biding their time until The Unbearable Weight of Massive Talent by putting themselves through A Score to Settle.

Critics and audiences are very rarely in agreement when it comes to Rotten Tomatoes ratings, but the fact the painstakingly formulaic tale of revenge has been ranked at 15% by the former and 18% by the latter is a damning statistic that proves A Score to Settle appealed to almost nobody.

And yet, it’s somehow managed to become the seventh-top title on the Netflix global rankings today, as per FlixPatrol. It may have only reached the summit in four countries, but the crushingly dull and relentlessly uninspired slog has ascended to the Top 10 in 16 nations split over three continents.

Cage plays a terminally-ill enforcer for the mob who gets released from a lengthy prison stint to spend the rest of his remaining days as a free man, a rare show of mercy for someone that had spent the previous 19 years locked up. However, he finds himself torn between spending his fleeting moments left among the living with his family, or exacting brutal revenge on those responsible for his incarceration.

You get absolutely no prizes for guessing which option he ends up choosing, nor will you be particularly interested or enthused to see it unfold for 103 minutes of mind-numbing mediocrity.