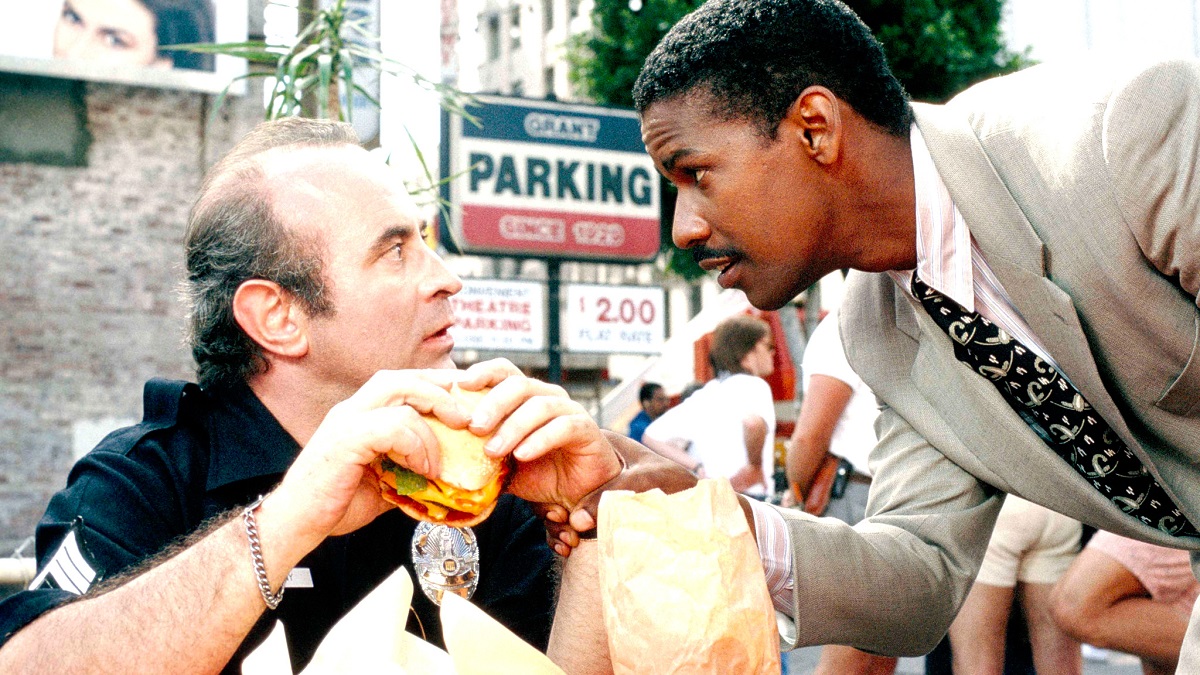 Everyone knows and loves Denzel Washington, who simultaneously serves as one of the most acclaimed actors and biggest movie stars of the modern era, because there is most definitely a distinction between the two.

On one hand, you’ve got the ten-time Academy Award nominee and two-time winner who knocks almost every single dramatic turn out of the park, while on the other you’ve got the action hero that can always be relied on to power a mid budget thriller to a decent haul at the box office. Of course, Denzel hasn’t always been at the apex of the A-list, which is presumably how he wound up starring in 1990’s Heart Condition.

Filed under “there’s absolutely no way in hell this thing would get made today”, Washington co-stars opposite Bob Hoskins as slick lawyer Napoleon Stone and no-nonsense cop Jack Moony. So far, so odd couple buddy comedy, right? Not quite.

Not only is Moony a blatant racist, but he’s got a vendetta against Stone for sleeping with his ex. Naturally, the bigoted officer suffers a heart attack and winds up being saved with the literal heart of his enemy, who coincidentally died under mysterious circumstances the very same night Jack suffered his cardiac event.

As you can imagine, a Twitter user stumbling upon this utterly insane slice of forgotten (and seriously questionable) box office bomb has suddenly sparked a Heart Condition revival.

You thought that was it? Not even close. Stone proceeds to return as a ghost to offer a combination of haunting and helping to the man who effectively wanted him dead anyway, and then (this bears repeating) took the actual beating heart from his body in order to save his own life.

In essence, a racist with the appearance of a moss-covered boulder now needs to try and solve the death of a person he didn’t like for a variety of unsavory reasons, because he’s using the deceased lawyer’s aortic valves to survive and thrive, whilst also being accompanied by his apparition.

Unsurprisingly, Heart Condition was resoundingly panned by critics and still ranks as arguably the worst movie of Washington’s distinguished career, but you’re a liar if it hasn’t piqued your interest just a little.