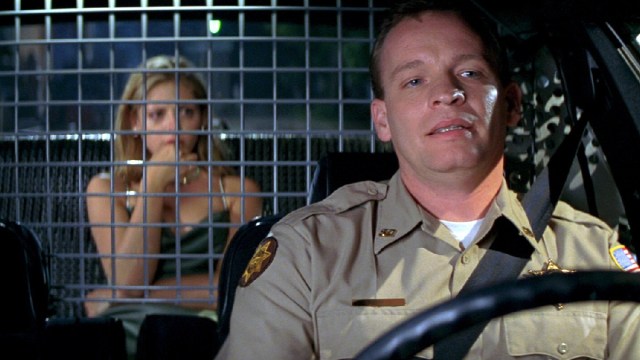 As far as blatantly transparent cash-grabs designed explicitly to cash in on a hot trend go, they don’t come more egregious than I Know What You Did Last Summer.

After Wes Craven’s Scream turned the entire slasher genre on its head to give the tiring format a self-aware and wonderfully fresh coat of postmodern paint, it was inevitable that a deluge of imitators would follow. Funnily enough, Ghostface creator Kevin Williamson had just the screenplay he’d already written, which was then rushed through development and into production so quickly that I Know What You Did Last Summer hit theaters less than 10 months after Craven’s instant classic.

Sure enough, it went on to earn $125 million at the box office on a $17 million budget in spite of reviews that were drastically below that of its obvious inspiration, but a franchise was born nonetheless. Not many rapid-fire knockoffs get to enjoy a long-lasting legacy of their own, but a recent Reddit thread has highlighted that imitation can often be the sincerest form of flattery, with the run-of-the-mill slasher proving enduringly popular among the horror subset.

Since then we’ve seen two sequels of fairly terrible quality and a TV series that was unceremoniously canned after a single season, but because this is a marketable horror property we’re talking about – the specter of a remake or reboot will continue to lurk in the shadows for some time to come.

Maestro of the macabre Mike Flanagan was attached to direct at one stage almost a decade ago, and as awesome as that would be, we’ve got the feeling he may have outgrown something like I Know What You Did Last Summer by now.