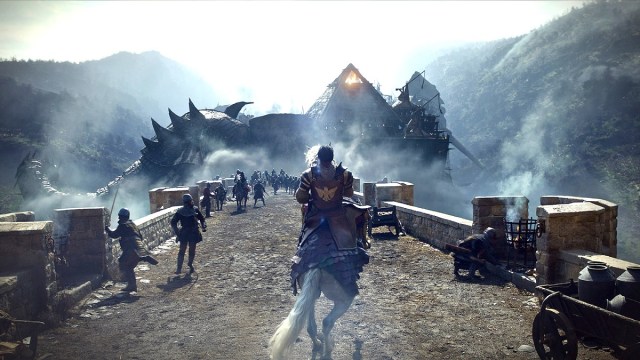 Bombing so hard that any plans for a sequel go up in smoke is one thing, but tanking in such incredibly grand fashion that an entire quintet of additional installments are instantly cast into the fiery depths of cinematic purgatory is jaw-dropping. That being said, King Arthur: Legend of the Sword was being predicted for disaster from the outset.

David Dobkin (who retained a story credit on the finished product) was originally developing an Arthur & Lancelot trilogy set to star Joel Kinnaman and Kit Harington, but several of those elements ended up getting folded into Legend of the Sword when Guy Ritchie came aboard to direct and reworked almost the entire concept from the ground up.

At one stage, Astrid Bergès-Frisbey’s Mage was intended be Guinevere, but alterations to her role in the story reportedly saw her backstory altered to the potential reveal that she was Morgan le Fay all along. Arthurian figures Sir Percival and Sir Bedivere factor into the narrative in minimal roles, which would have no doubt been expanded given that the film ends with plenty of empty seats around Charlie Hunnam’s round table.

Despite its reputation, though, Legend of the Sword refuses to go away, and it’s circled back around to make a splash on streaming yet again. As per FlixPatrol, the colossal commercial catastrophe has fulfilled its destiny on the iTunes most-watched list, so maybe one or two people are lamenting the lack of sequels.

In the end, the fantastical origin story for the future king was panned by critics, and suffered the ignominy of becoming one of the biggest money-losers in cinematic history – with Warner Bros. hemorrhaging over $150 million by the time the dust settled. Funnily enough, the six-film plans for the King Arthur universe were placed on the chopping block, never to be heard from again.