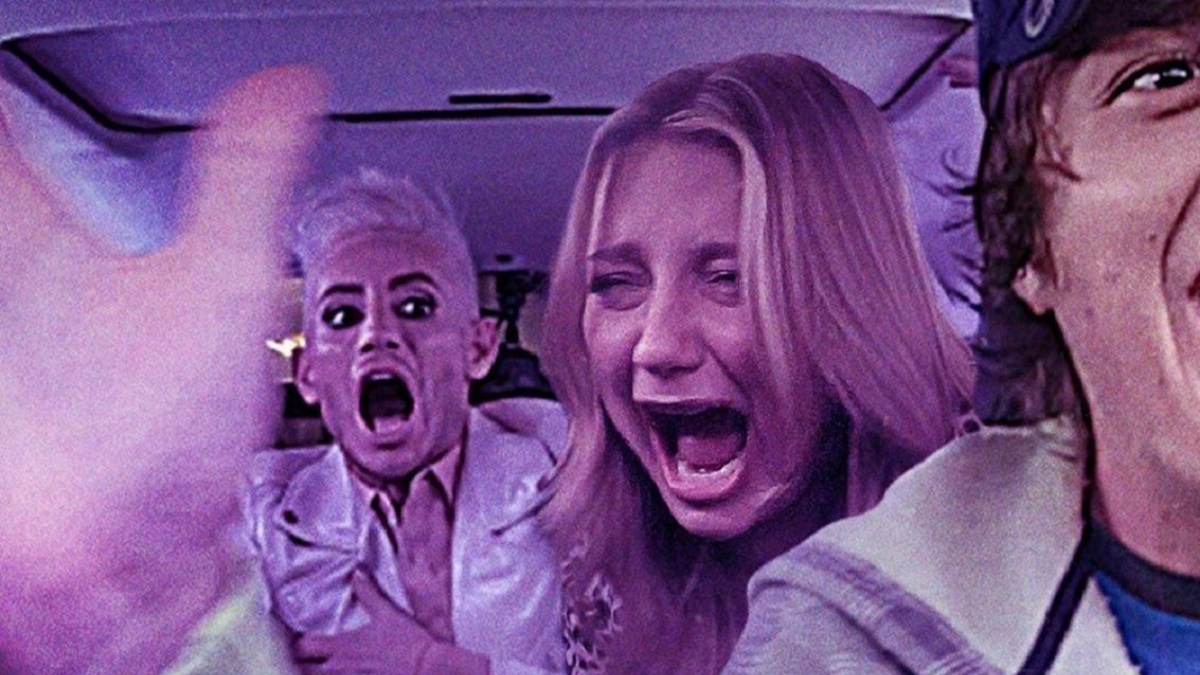 Joe Keery and his wonderful head of hair may have captured the hearts and minds of fans everywhere because of his role as the wholesome and charming Steve Harrington on Netflix phenomenon Stranger Things, but the actor showcased an entirely different side of his onscreen arsenal in Spree.

Keery dominates every frame with an intensely magnetic and very unsettling performance, with his desperate would-be social media star Kurt Kunkle going to increasingly violent and deadly lengths to garner an online following.

Co-writer and director Eugene Kotlyarenko’s hybrid of slasher flick, black comedy, social media satire, and cultural parable will no doubt age horribly in the next few years as modern means of consuming content continue to evolve, but it provides an entertaining 93-minute sugar rush that makes no bones about what it wants to be.

Keery’s rideshare driver is sick of being left behind in the age of YouTube, TikTok and livestreaming superstars, so he decides to go viral and seize his 15 minutes of fame in extremely questionable fashion. It’s fun while it lasts, and a 68 percent Rotten Tomatoes score points to an above-average thriller, but it doesn’t live long in the memory once the credits come up.

That being said, Spree has managed to find a massive new lease of life on HBO Max this week, almost two years after it was first released and lost among the pandemic-era shuffle. As per FlixPatrol, it’s become a Top 10 hit on the platform in 20 countries, and should serve as a reminder to viewers that there’s much more to Keery than his voluminous, gravity-defying locks.