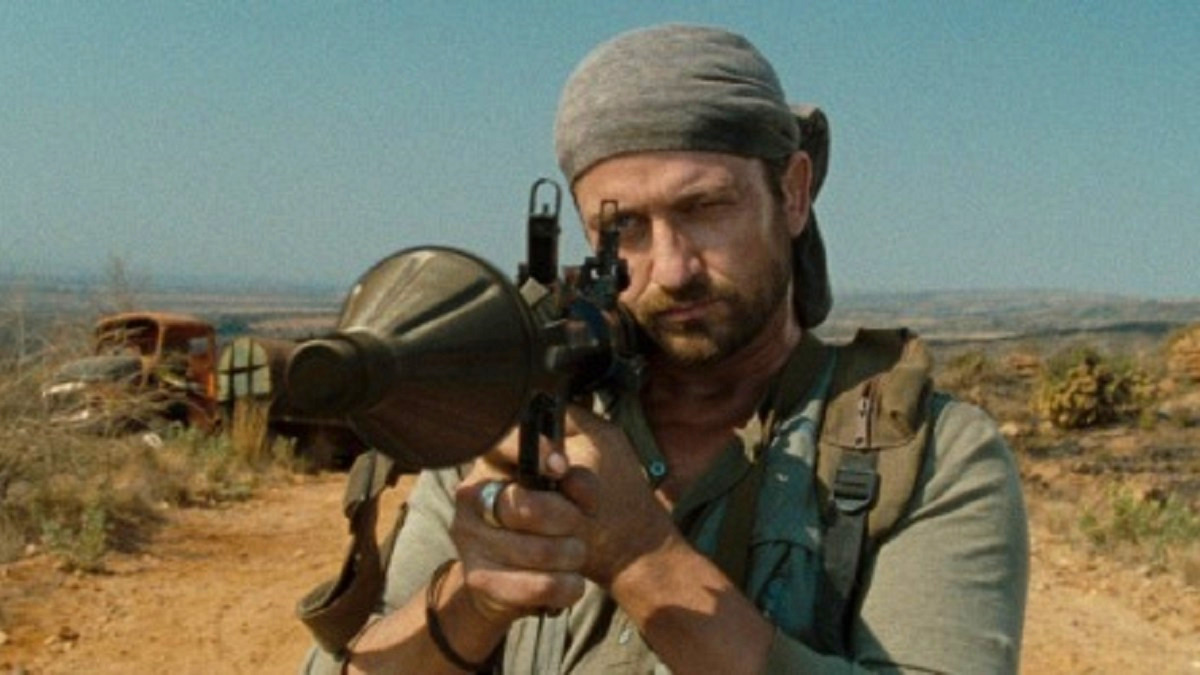 If you hadn’t heard of it beforehand, then the prospect of discovering a Gerard Butler movie called Machine Gun Preacher would instantly conjure up all sorts of images revolving around the grizzled Scotsman indulging in his usual brand of action hero shenanigans, possibly with a genre-bending twist.

However, the fact the fact Quantum of Solace director Marc Forster’s 2011 feature is inspired by a true story makes it even more enticing, especially when you discover how the title hero got his nickname. Former drug-addicted biker Sam Childers found religion, and then decided to up sticks and head to East Africa in order to help those who’d seen their lives ruined by civil war.

Gripped by the desire to save as many people as possible, Childers finds himself less than content rebuilding homes and establishing orphanages and missions, so he additionally decides to lead armed incursions into the enemy’s turf in order to rescue children that had been kidnapped. It’s so incredible it could only be true, but Machine Gun Preacher didn’t do it justice.

That’s made pretty clear by a 28 percent Rotten Tomatoes score, never mind the fact the film recouped a little over a tenth of its $30 million budget back from theaters. Butler is always a draw on-demand, though, with Machine Gun Preacher his latest to take aim at the streaming charts.

Per FlixPatrol, the bungled execution of what could (and should) have been a one-of-a-kind biopic has entered the Prime Video Top 10 in the United States, finding salvation of its own more than a decade after the fact.