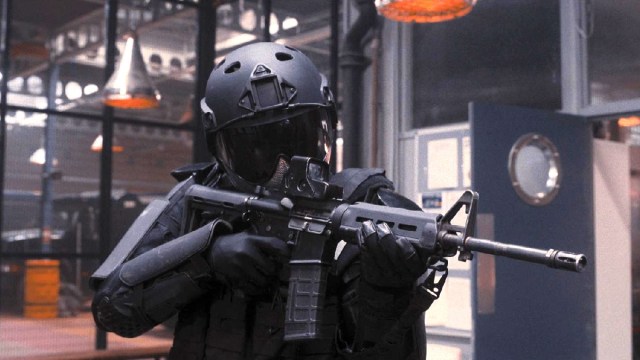 When you see a certain chrome-domed action hero’s name attached to pretty much any project, you know what you’re going to get. Having previously collaborated on a pair of wisecracking crime capers, though, director Guy Ritchie reunited with star Jason Statham on what was very firmly the latter’s turf for Wrath of Man.

Taking itself deadly serious but in an entertaining sort of way, the no-frills narrative saw the leading man’s relentless rampage of revenge result in nothing more than broken bodies and a single fulfilled promise to enact vengeance. There’s not an ounce of fat on the film, with Ritchie’s ever-improving eye for choreography benefiting immensely from the presence of an accomplished ass-kicker like Statham.

Despite releasing in the midst of the pandemic last year, Wrath of Man still managed to top the domestic box office and hoover up over $100 million globally, all while securing some of the best reviews Statham has ever seen when he’s indulging his penchant for mowing down and roundhouse kicking goons square in the face.

It looks destined to enjoy a long-lasting life of admiration on streaming, too, with the hard-hitting shoot ’em up currently locked and loaded on several different platforms. As well as being a Top 10 hit on Prime Video in 13 countries, Wrath of Man has also secured a spot on the Google Play Movies and iTunes ranks, per FlixPatrol.

Watching Statham do what he does best evidently isn’t going out of fashion anytime soon, and it’s hard to believe it took almost two decades to get him back together with Ritchie if this is what they come up with.