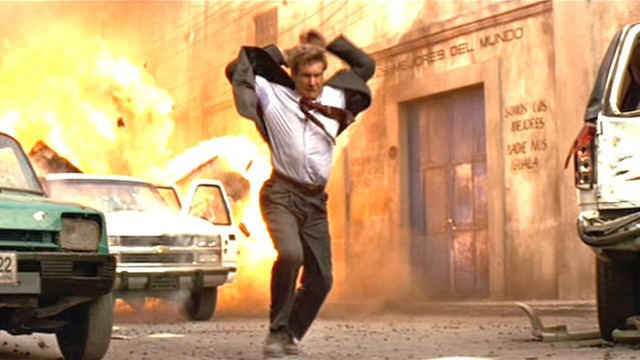 Over the last 30 years, the Jack Ryan franchise has been sequelized and rebooted on countless occasions, but no matter how many times we see a new actor in the role, there’s going to be a huge number of espionage enthusiasts who will always remain adamant that nobody did it better than Patriot Games and Clear and Present Danger star Harrison Ford.

Given his A-list status and penchant for grizzled gravitas, the Star Wars and Indiana Jones icon was an ideal fit for the part, and so far the only onscreen iteration of Tom Clancy’s literary creation that hasn’t been portrayed as even the tiniest little bit wet behind the ears. Ben Affleck’s The Sum of All Fears may have found Netflix success last week, but now it’s Clear and Present Danger‘s turn.

As per FlixPatrol, the 1994 classic (which remains the highest-grossing Jack Ryan flick ever) has scored a Top 10 finish in multiple countries to stake out a position on the platform’s global watch-list. Upping the ante from its predecessor, Ford’s inquisitive acting deputy director of the CIA unravels cover-ups on top of cover-ups when he begins to suspect his colleagues are hiding information from him.

Sure enough, the agency is engaging in an underground war against a Colombian drug cartel with presidential approval, forcing Ryan to wade through the blood, bullets, bodies, and conspiracies in an attempt to root out the truth. If Clear and Present Danger isn’t the best Ryan story ever told, then it’s got to be at least second, a sentiment Netflix users appear to agree with based on how many of them are revisiting Phillip Noyce’s explosive adventure.