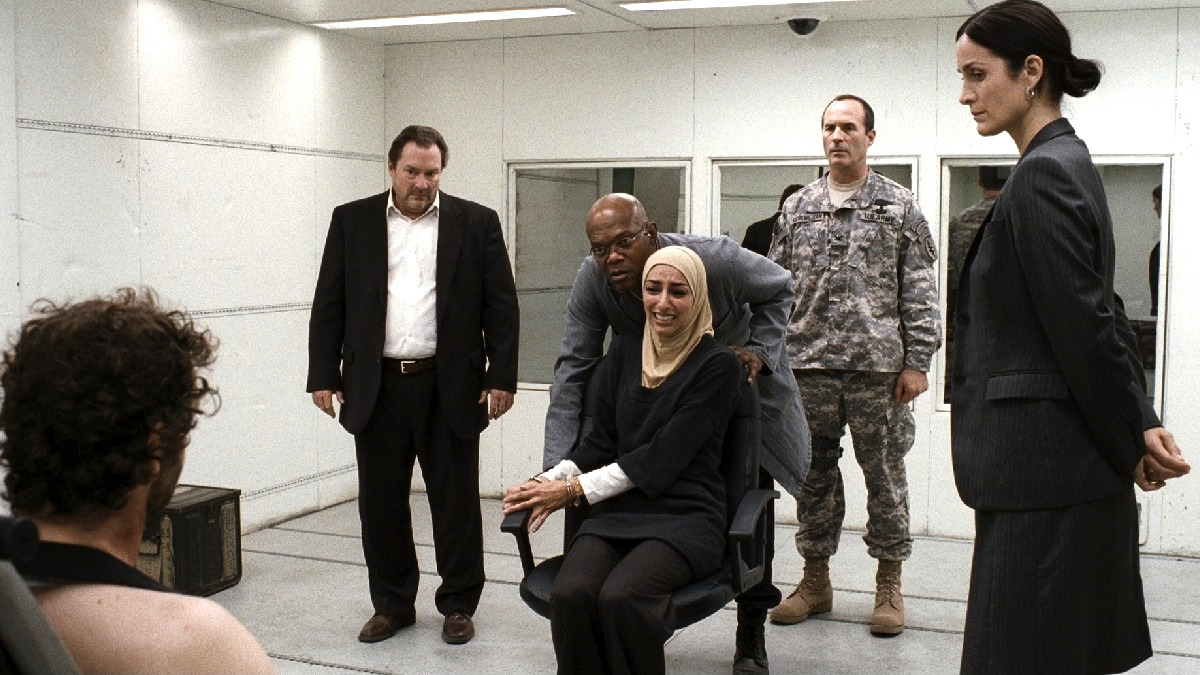 Controversial movies can often weaponize negativity into success by convincing paying customers that the subject material demands to be seen with their own eyes to that they can make an informed decision as to whether or not the backlash is warranted. That sentiment did not apply to 2010’s Unthinkable, though, which crashed and burned at the box office.

Director Gregor Jordan’s thriller could only muster a little over $5 million from theaters on a $15 million budget, a surprising return given the hot-button thematic core of the narrative, not to mention a stacked ensemble that featured Samuel L. Jackson, Michael Sheen, Carrie-Anne Moss, and Brandon Routh to name but four.

Jackson’s grizzled federal operative is drafted in to interrogate Sheen’s suspected terrorist, pinpointed as the mastermind behind a looming plot to detonate three nuclear devices in different cities dotted across the country. Despite having no tangible evidence, Moss’ FBI agent approves the use of torture to extract answers as the clock ticks down to a potentially devastating zero.

It’s understandable why a film revolving around the government-approved use of brutal interrogation techniques on a United States citizen who hasn’t actually been convicted of anything or proven to be responsible for the crimes he’s being tortured for would prove such a touchy issue, but the contentiousness hasn’t bothered Netflix subscribers at all.

In fact, FlixPatrol has revealed Unthinkable to have emerged unscathed on the platform’s global charts, where it’s even become a Top 10 success story in Australia, so there’s evidently no issues with the inhumanity on display.