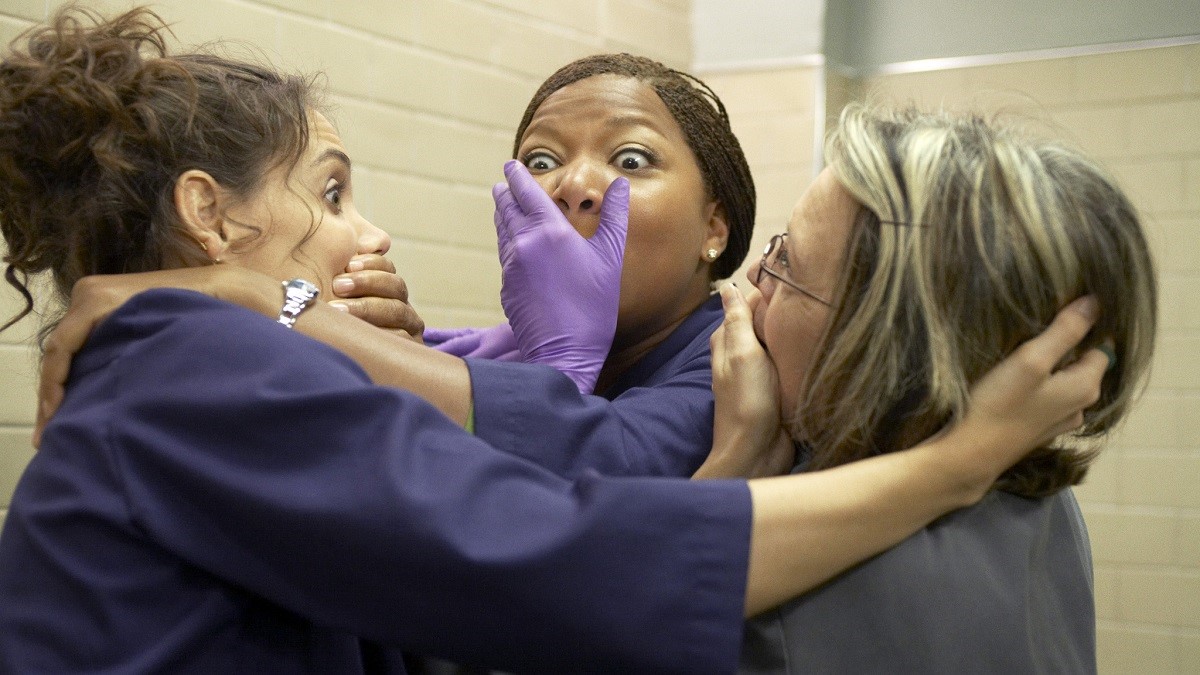 It’s okay if you don’t, when Callie Khouri’s film sank without a trace at the box office by earning just a shade over $26 million, with critics turning their noses up at the illogical and implausible heist caper. A 22% Rotten Tomatoes score and 48% user rating is a poor return, but Mad Money has inexplicably become a huge success on Netflix.

As per FlixPatrol, it currently ranks as the 21st most-watched title on the platform globally, so there’s obviously been a lot of people dotted around the globe won over by the charms of the three leads and their escapades.

For those wondering, Keaton’s upper-class housewife takes a janitorial job at a bank when her husband finds himself on the unemployment line, where she convinces Latifah and Holmes to help her steal a small fortune in currency marked for incineration, a loophole she seeks to exploit after eying a flaw in the security system.

It’s not an awful movie, but Mad Money probably deserved the lukewarm reception it got, even if Netflix subscribers would appear to be in disagreement.