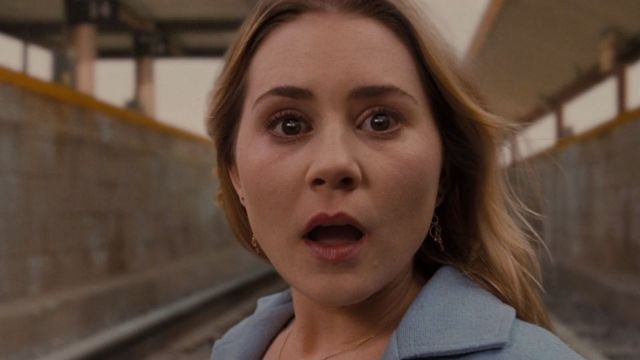 Movies can see their entire fate decided by some of the last shots, with all the build-up given the chance to be completely thrown away.

Even some of the most esteemed directors of all-time struggle with ending their films, with debate raging again around Sam Raimi’s last outright horror movie Drag Me to Hell. Distinct in Raimi’s filmography as the only time a hero is a victim to such a cruel twist of fate, fans still don’t know how to feel about it all.

Alison Lohman’s character Christine rivals Tobey Maguire’s Peter Parker in levels of downtrodden felt throughout the film dealing with her crap job, equally bad manager, and a workplace rival who is out to get her. Throw on top a hellbound hex on her soul, things are starting to look miserable.

There’s potentially so much going against Christine that there’s now debate if it’s too much when after sacrificing her cat, she still ends up being… dragged into hell. Followed literally by a “roll credits” moment. Raimi loves his heroes facing incredibly tough choices, look no further than Ash killing his undead girlfriend in Evil Dead 2.

There’s a long-standing horror tradition with hexes and curses and comeuppances. The monkey’s paw trope is almost always in force during a movie about witchcraft. The hero is forced to become as desperate as possible but never able to undo needing to use the paw.

The whole plot hinging on her refusing to give an old lady a loan also makes it feel almost like a brilliant satire of alienated labor and working for a massive company. Christine has no other option in such a system but to stand up for herself, survival of the economically fittest.

Much like Chrstine’s soul, the debate around Drag Me to Hell’s ends with remaining in purgatory. There’s still time for Raimi to go full Army of Darkness and have a second film seeing Lohman fight her way out of hell.

Drag Me to Hell is available to rent from Apple TV.