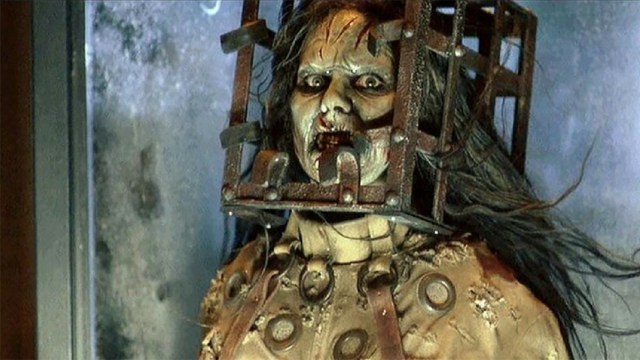 While the craze for remaking every known horror title under the sun has often been pinpointed as kicking off in earnest with the Michael Bay-produced Texas Chainsaw Massacre retread in 2003, Steve Beck’s Thirteen Ghosts (or THIR13EN Ghosts if you hate grammar) arrived two years earlier, and ended up serving only to disappoint.

William Castle’s 1960 original was famed for the sheer number of gimmicks it threw at audiences to try and scare them witless, whereas the modern-day update relied on impressive production design and regularly unconvincing visual effects. At the end of the day, though, all Thirteen Ghosts V2.0 had to show for its $42 million budget were wafer-thin profits and a critical drubbing.

The plot is essentially the same thing all over again, with a family inheriting a lavish abode from an offbeat and eccentric uncle, who failed to mention that it plays host to a baker’s dozen of apparitions, all of whom have backstories and nefarious intentions of their own.

The ragtag cast of characters dropped into the mix include a standard family unit, a nanny, an attorney, a ghost hunter, a ghost rights activist, and many other bizarre supporting players, the vast majority of whom find themselves meeting a gruesome end because as the old saying goes; the house always wins.

20 years later, and Thirteen Ghosts has emerged from the wilderness to land a spot on the iTunes most-watched charts, as per FlixPatrol. Horror fans will literally check out anything that satisfies their bloodlust, even if we’re talking about a hotly-hyped redux that failed to deliver what was promised.