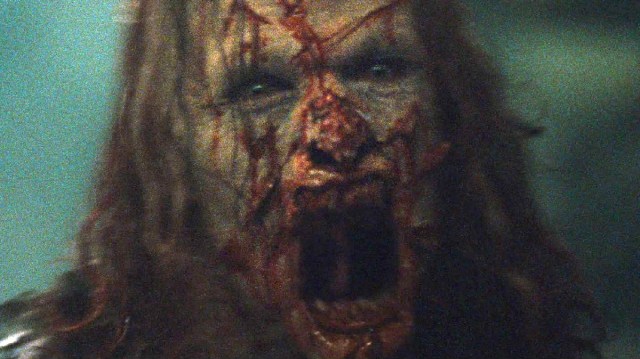 Remakes of popular horror movies have been all the rage for the last two decades, but what happens when a project initially announced as a retread of another film gets scrapped and rebuilt from the ground up? Well, in the case of Alexandre Aja’s 2008 terror Mirrors, nothing good.

Initially set to be a straightforward redux of 2003 Korean hit Into the Mirror, the genre veteran responsible for High Tension and The Hills Have Eyes V2.0 found himself to be dissatisfied with the specifics of the narrative he was given to work with, so he instead opted to tell a completely brand new story that kept the core conceit of “haunted mirrors”.

Sure, that doesn’t sound particularly scary on its own, with Kiefer Sutherland’s ex-cop witnessing troubling visions in the burnt-out department store he now patrols as a security card, sights he begins to realize are being used as a gateway into our world that puts his family in grave danger.

Look, a sheet of glass does not make for a thrilling plot device, which is probably why Mirrors wound up being panned into the ground when it first released. It did manage to cobble together close to $80 million at the box office, though, so at least it wasn’t a commercial bust as well as a critical one.

It’s even embarked on a streaming resurgence this week, too, with FlixPatrol revealing the interminable frightener as one of the most-watched features on the iTunes global rankings this week. Once again, it turns out people will turn up for horror, no matter the quality.