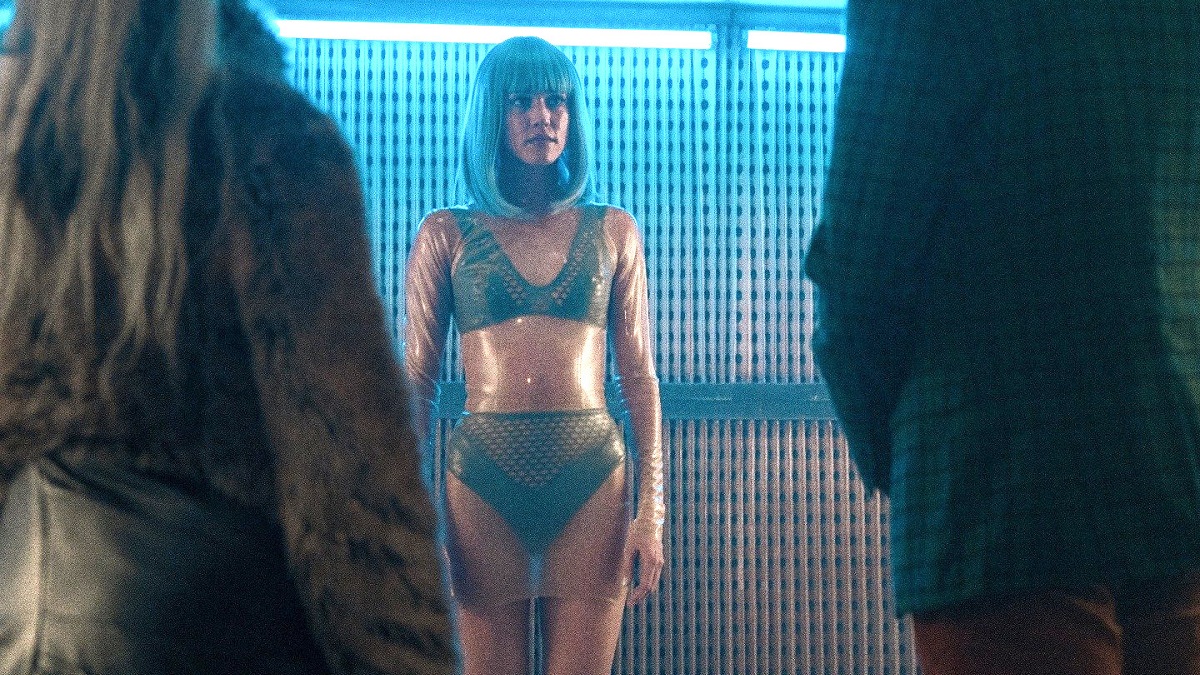 There aren’t too many movies that can unequivocally be described as 100% original and wholly unique, especially ones that operate within broad genre parameters. Then again, you’d be hard-pressed to find anything that comes as close to imitating Blade Runner without being sued for plagiarism than Zone 414.

Guy Pearce, an actor that’s been quietly developing a reputation for starring in far too many uninspiring VOD thrillers, leads the cast as David Carmichael, who is definitely not Rick Deckard. He’s a private investigator who resides in the titular colony, hired by the founder of the robot city to locate his missing daughter.

Teaming up with Matilda Lutz’s android Jane, an advanced model capable of experiencing something resembling human emotion, they head off on a journey through the futuristic cyberpunk cityscapes to follow a series of clues that lead them down the path towards a conspiracy capable of changing everything known about Zone 414.

While a smattering of the reviews were positive, although nowhere near enough judging by the 17% Rotten Tomatoes score, almost every single one of them mentioned Ridley Scott’s all-time classic, and not in positive terms. It’s a fine line between homage and copying someone else’s homework, and it looks as though Andrew Baird’s feature debut was caught cheating more than once.

Glossy sci-fi with a splash of action thrown in always has the propensity to do well on streaming, though, which is likely why Zone 414 is on an upward trajectory among streaming subscribers. As per FlixPatrol, it’s been heading up the most-watched list all week, and could feasibly stake a claim on the global Top 20 by this time tomorrow.