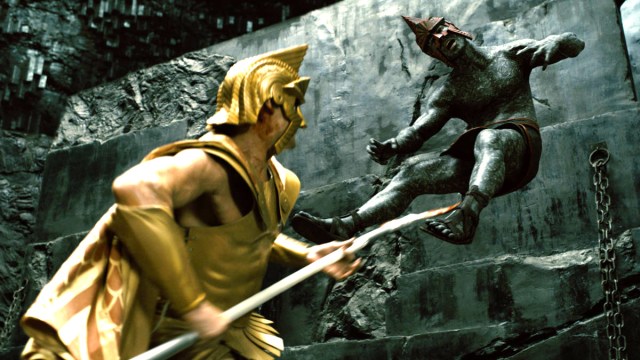 Very rarely to the stars align to find critics and audiences in complete agreement on the merits of a movie, but both sides of the divide found themselves sharing the sentiment that Tarsem Singh’s lavish historical fantasy epic Immortals was ever-so-slightly below average, to the tune of respective 49 percent scores on Rotten Tomatoes.

In all honesty, that’s a pretty fair assessment. Nobody’s going to watch the offbeat $75 million blockbuster and come away with anything but high praise for the stunning, regularly jaw-dropping, and kinetically brilliant camerawork or shot composition on display, as well as a handful of well-packed and neatly choreographed action sequences.

However, they may find themselves a touch bored by the narrative, even though it involves a hammy Mickey Rourke chewing on the scenery as a warlord-cum-king who seeks an invincible bow that will allow him to remove the gods themselves from their pedestal on Mount Olympus, with only Henry Cavill’s stonemason Theseus standing in his way.

Opulent to a fault, with beautiful people showing off their glistening bodies in slow motion every chance they got, Immortals could have benefited from a touch more propulsion and energy. A decade on from an impressive box office performance that saw it bring in $226 million, the thinking man’s 300 has returned to prominence on streaming.

As per FlixPatrol, Immortals is currently the eighth most-watched title on Hulu, with subscribers possibly getting their fix of Cavill-orientated fantasy after Comic-Con came and went without a sign of Superman, never mind The Witcher‘s third season possibly being on hiatus.