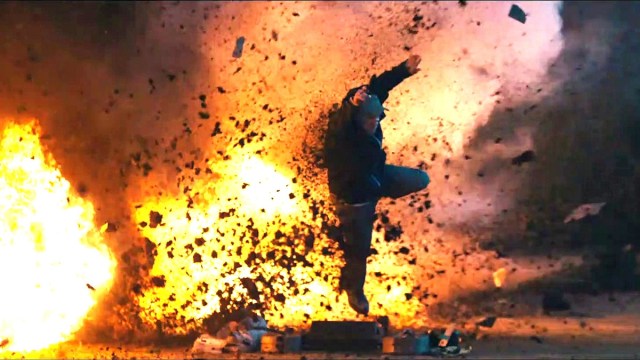 Some people may prefer their action movies to have some depth or substance to them, but there’s a huge number of genre fans who want nothing more than to see a grizzled badass decimate as many enemies as possible within the space of two hours in as many gruesome and inventive ways as possible. Luckily they do, otherwise Gerard Butler’s career would be in a much different place, with the star’s Angel Has Fallen becoming the latest entry from his back catalogue to blow a hole in the streaming charts.

As per FlixPatrol, the third installment in the reliably entertaining franchise has ascended to become the 13th most-watched title on the Paramount Plus global rankings, with subscribers in no less than 18 countries all deciding that the time was right to watch Butler’s Mike Banning thwart a conspiracy the only way he knows how; by dropping bodies left, right, and center.

The Fallen series has hardly been a favorite among critics, but when you consider that Angel‘s middling 39 percent Rotten Tomatoes score is dwarfed by a 93 percent user approval rating, then you get a sense of how the general public feels about watching the no-nonsense Secret Service veteran single-handedly barrel his way through a small army.

Angel Has Fallen‘s $147 million haul at the box office also pushed the property past the half-billion mark in total, even if there’s a lot of people beginning to grow impatient with the fact we haven’t heard a peep out of upcoming fourth chapter Night Has Fallen since it was first announced to be in the works back in November 2020. At least there’s always Olympus, London, and Angel to tide them over in the interim.