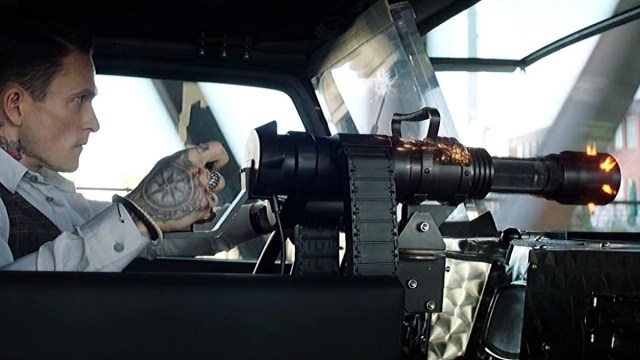 The most logical explanation for the reboot of a film series that was an adaptation of a TV show that had itself already been rebooted and canceled after just seven episodes underperforming at the box office would be that people didn’t have any interest in the property anymore, but Charlie’s Angels director Elizabeth Banks had other ideas.

After barely scraping past $8 million in its domestic opening weekend, Banks went on the offensive by claiming that predominantly male audiences would rather go and see one of the “37 Spider-Man movies” instead of her action comedy, before ignoring the massive success of female-led comic book blockbusters Wonder Woman and Captain Marvel by saying the reason they combined to earn close to $2 billion at the box office was because “that’s a male genre”.

The actress and filmmaker would additionally lament the film’s poor marketing campaign for a theatrical run that yielded only $73 million at the global box office, in spite of a warm reception from those who did actually bother to check it out on the big screen. A 52 percent Rotten Tomatoes score isn’t terrible, and Charlie’s Angels is far from irredeemably awful, but it’s the 78 percent user rating that highlights the long-lasting life the light and breezy caper will enjoy for years to come.

It may have flopped and been the subject of much finger-pointing in the aftermath, then, but Netflix subscribers have given the one-and-done adventure for Kristen Stewart, Naomi Scott, and Ella Balinska their seal of approval. As per FlixPatrol, Charlie’s Angels has returned with a vengeance on Netflix to crack the Top 10 in 17 different countries at one stage or another this week, proving that some titles can endure in spite of a disastrous commercial performance.