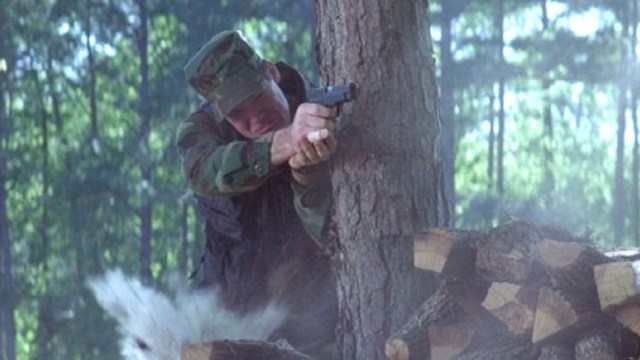 One subgenre dangerously close to being lost forever that we’d love to see more from is the mid budget studio-backed thriller packed with a star-studded cast that’s geared towards older audiences. It was all the rage in the 1980s and 90s before slowly receding from the spotlight, with 1999 gem Arlington Road one of the most underrated examples to come along before the turn of the millennium.

Jeff Bridges plays college professor Michael Faraday, who was recently widowed after his wife was killed in a terrorist attack. Plunging headlong into research regarding the organization who claimed responsibility, he begins to question the motives of his almost too perfect neighbors who move in next door – as played by the suspiciously wholesome duo of Tim Robbins and Joan Cusack.

A 63 percent Rotten Tomatoes score and 74 percent user rating underlines Arlington Road‘s credentials as an unsung hidden treasure, but it could only earn $41 million at the box office during its run in theaters, putting the project in the red due to its $31 million production budget and associated marketing and distribution costs.

It may have taken 23 years, but the frantic mystery thriller with politically-prescient undertones has gone undercover to become a surreptitious hit on streaming. Per FlixPatrol, Mark Pellington’s potboiler has been unraveling a potentially deadly conspiracy of its own on-demand, having become one of the most-watched features on Starz this week.

The story may become far-fetched to the point of incredulity, but that doesn’t make it any less of a fun ride.