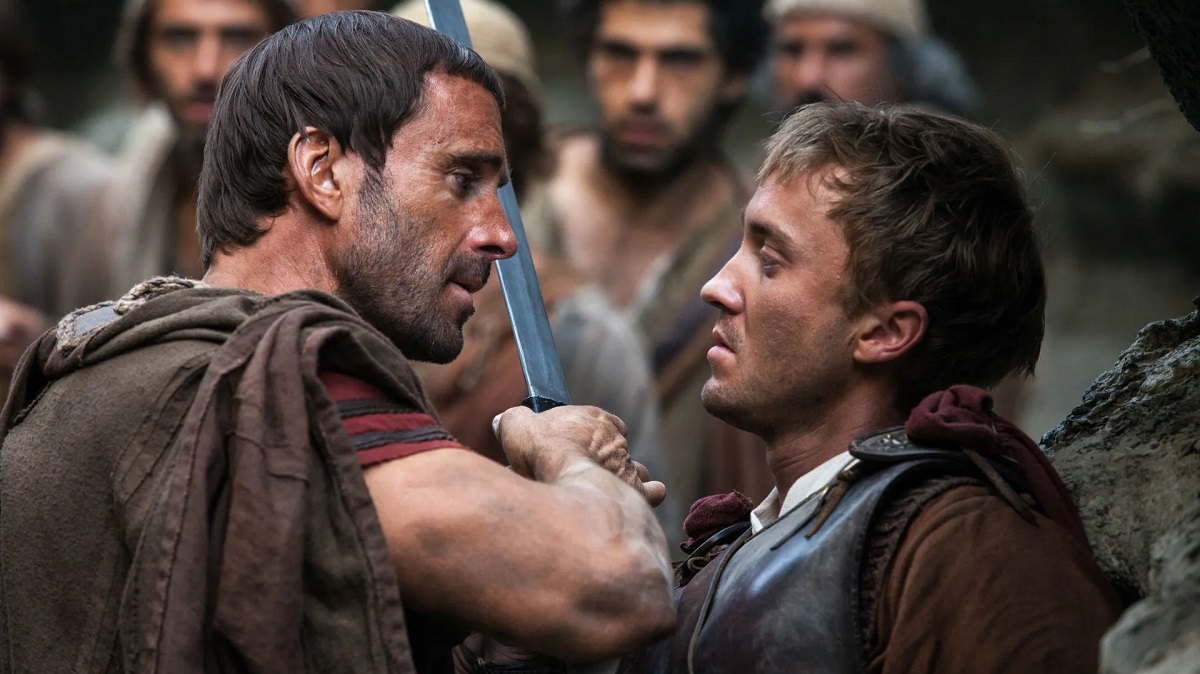 Religious dramas are obviously precision-engineered to cater to one specific demographic, and they can always be relied on to perform very well among the target audience, even if none of them have come close to matching the mind-boggling commercial gains made by Mel Gibson’s The Passion of the Christ.

On the lower end of the spectrum comes 2016’s Risen, which boasted a decent level of talent on either side of the camera. Co-written and directed by Robin Hood: Prince of Thieves and Waterworld‘s Kevin Reynolds, Joseph Fiennes headlined the ensemble as Clavius, tasked to investigate what happened to Jesus Christ following his crucifixion.

Seeking to dispel rumors of a resurrection, the veteran Roman soldier finds himself questioning his own beliefs as the search for truth changes him on almost every level. Recognizable character actor Cliff Curtis plays Jesus in Risen, with Tom Felton along for the journey as Clavius’ faithful aide Lucius.

A revisionist religious story is limited in who it appeals to, but a $46 million haul at the box office on a $20 million budget wasn’t a bad return at all, nor was a 53% Rotten Tomatoes score and 70% user rating with more than 10,000 votes cast.

As per FlixPatrol, Risen has fittingly been rising up the Netflix ranks this week, having ascended onto the Top 10 list in several countries around the world.