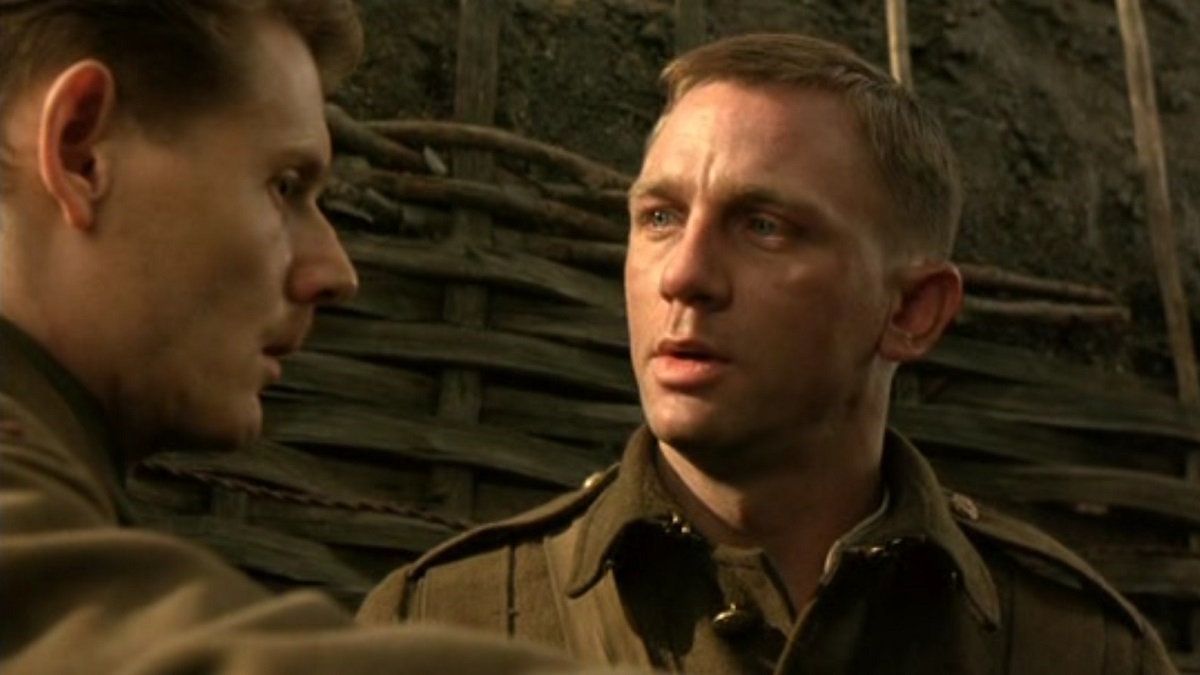 It’s always something of a joy for fans when they stumble across an overlooked or forgotten movie that features a cast who were destined for much bigger and better things, even if nobody could have predicted it at the time. A lot of people might not have heard of 1999’s British war drama The Trench, but several members of the ensemble are now hugely recognizable faces in their own right.

Unfortunately, that doesn’t apply to top-billed Paul Nicholls, who remains almost completely unknown outside of his native United Kingdom, while the same could probably be said with a great deal of authority about co-star Danny Dyer, who has at least carved out a niche for himself in the British film and television sphere.

The second name listed in the credits belongs to that of Daniel Craig, though, who needs no introduction after spending 15 years as James Bond, while his future quartermaster Ben Whishaw also has a small role in The Trench. Even further down the roster, you’ll find the third-ever feature film appearance of Cillian Murphy, with Agent Carter‘s James D’Arcy rounding out the raft of eventual Hollywood players.

The story of a young battalion of British soldiers on the night before World War I’s Battle of the Somme came and went to almost no fan fare 23 years ago, but it’s somehow managed to find itself in the heat of battle on the Prime Video most-watched charts per FlixPatrol, and it’s definitely got a curiosity factor based on the names attached.