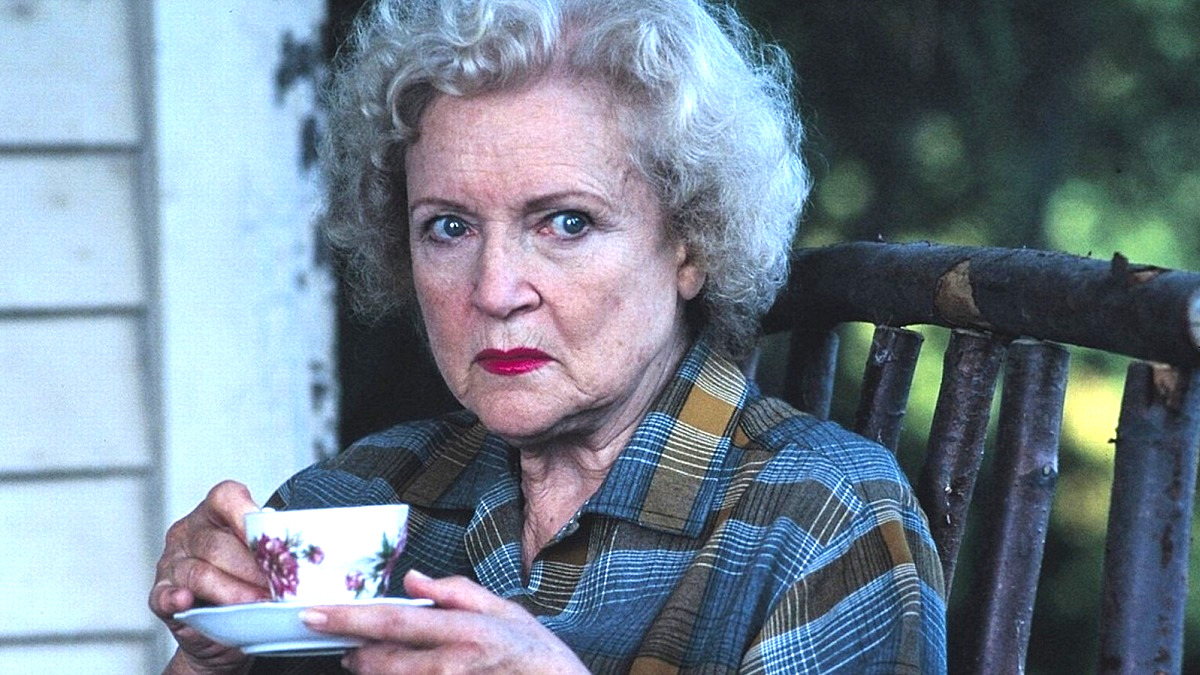 A mid budget, R-rated creature feature revolving around an oversized crocodile-like beast terrorizing a small lakeside town and devouring its inhabitants hardly sounds like the sort of movie that would include the late, great, and undeniably iconic Betty White, but the legendary star absolutely stole the show in Lake Placid.

You may have seen the memes, but you might not have known that the 1999 monster mash is where she uttered the brilliant “If I had a d*ck, this is where I’d tell you to suck it” line, which instantly went down in Betty White folklore as one of her most important and memorable contributions to the world of cinema.

Bill Pullman might play the lead role of a local game warden who investigates the unexplainable disappearances and deaths alongside a local sheriff and an out-of-towner paleontologist, but everyone was talking about White’s scene-stealing performance in the aftermath, and that even extends to HBO Max subscribers.

As per FlixPatrol, Lake Placid is enjoying a remarkable resurgence almost 25 years after first being released, having entered the platform’s Top 10 most-watched list in nine different countries. Five sequels followed between 2007 and 2018, but we cannot stress enough that you should stay as far away from them as possible to stick with the original instead.

Lake Placid knows exactly what it is, and doesn’t even attempt to be anything else, but it wouldn’t be hyperbolic to say that White’s magnificent supporting turn elevates the entire film above mediocrity and into the realms of deranged fun.