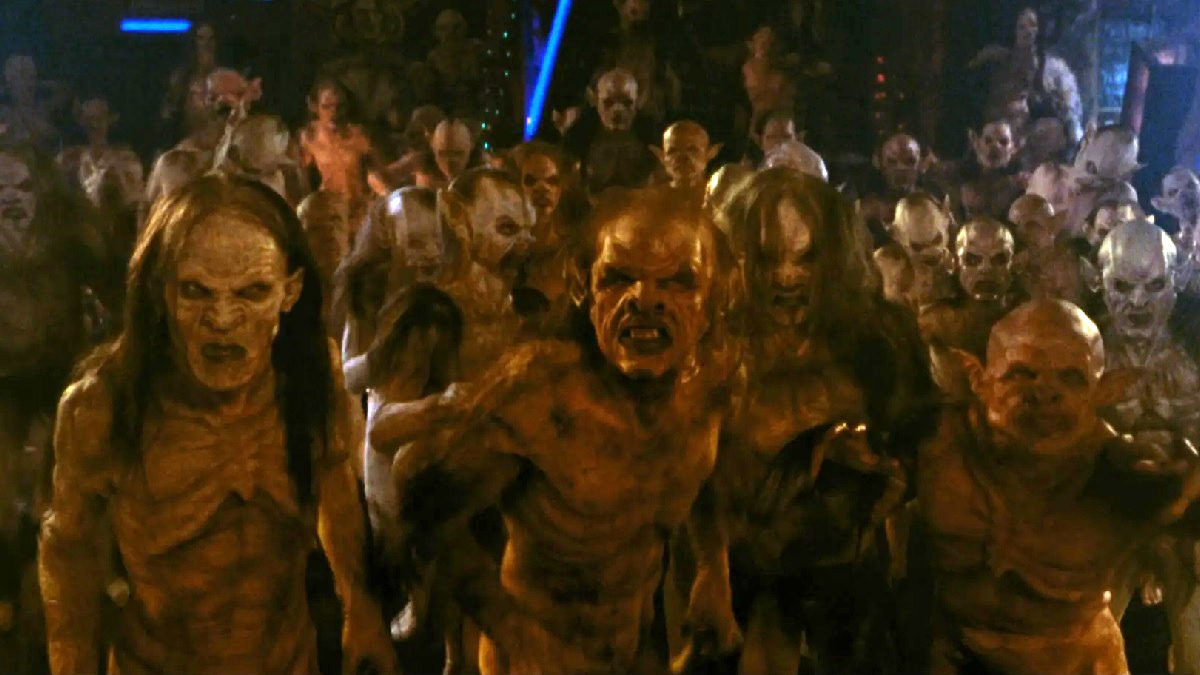 Despite what Hollywood keeps trying to tell us, not everything that proves to be remotely successful needs to be sequelized, spun off, rebooted, or reinvented on a regular basis. And yet, we somehow ended up with a sprawling mythology on the back of From Dusk till Dawn, even though it didn’t need to exist.

The 1996 action-packed horror comedy remains a raucous delight, though, something that no amount of expanded storytelling endeavors will be able to dilute. As you’d expect given the creative duo’s individual preferences, the meeting of minds between Robert Rodriguez and Quentin Tarantino is every bit as deranged and demented as you could possibly hope to imagine.

The first half plays like a Tarantino crime thriller, before Rodriguez’s love of over-the-top excess takes over for the second and third acts, where all hell breaks loose in the Titty Twister. From Dusk till Dawn is regarded as an undisputed cult classic for a reason, but did we really need sequel Texas Blood Money, prequel The Hangman’s Daughter, or the three-season TV series?

Probably not, but they seem to have their fans either way, even if none of the offshoots can hold a candle to the delirious slab of bloodsucking madness summed up by two of the biggest breakout filmmakers of the 1990s.

It’s unsurprisingly the OG that’s been sinking its teeth into a renewed wave of on-demand appreciation, with FlixPatrol revealing the fanged favorite has been tearing strips off the iTunes charts, having even batted its undead eyelashes at the Top 10 in the United Kingdom.