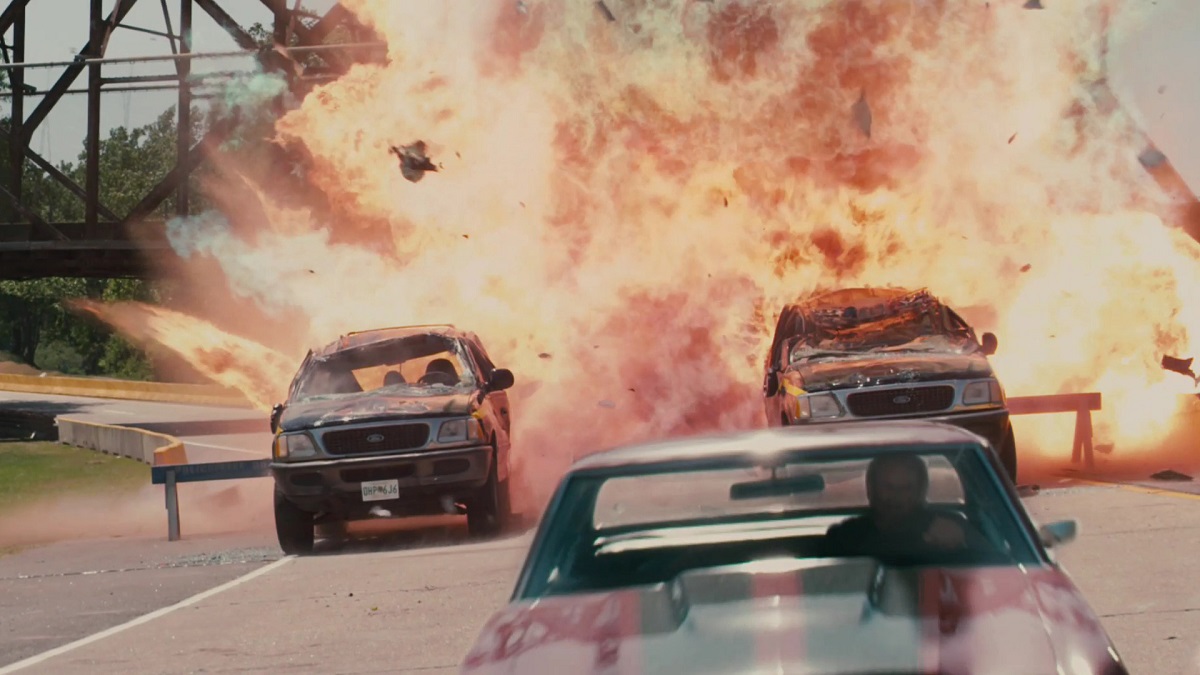 As you can imagine, movies made exclusively with the intention of being viewed on the big screen in 3D lose a lot of their luster when they exit the multiplex and head to home video and/or streaming, but 2011’s Drive Angry couldn’t even entice audiences to shell out for the extra dimension the first time around.

Director Patrick Lussier had showcased his ability to use the technology to great effect in the shockingly competent remake of My Bloody Valentine, so he was well-placed to repeat the trick when tackling a balls to the wall supernatural action thriller that doubled as an over-the-top ode to 1970s exploitation cinema.

Instead, Drive Angry could only earn $41 million at the box office, nowhere near close to becoming a financial success given the $50 million budget. Despite tanking in spite of its unbridled insanity, Nicolas Cage’s roaring rampage of revenge has become something of a minor cult favorite in the decade and change since first sinking without a trace, and it’s back at it again on-demand.

Per FlixPatrol, the actor’s aptly-named Milton escaping from hell itself after his daughter is murdered by a sadistic cult has gone through the gears to wind up as one of the top-viewed movies on Starz. It’s tongue in cheek, utterly deranged, more than a touch gratuitous, and sleazy as they come, which seems to be a cocktail subscribers are more than willing to drink in.

Even the presence of controversy magnet Amber Heard hasn’t proven to be an issue, even though watching Cage Rage with a satanic slant was always going to be the main selling point behind a gonzo grindhouse flick like Drive Angry.