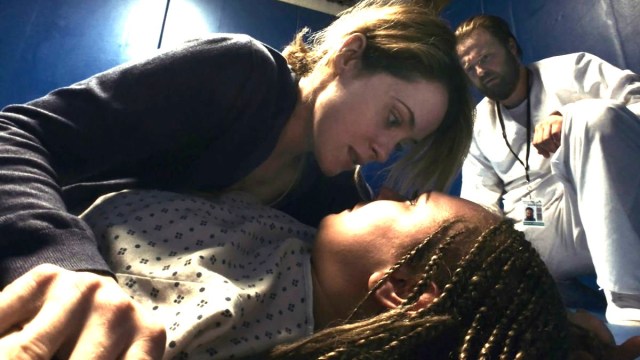 Steven Soderbergh has always been known to embrace new technologies in the most unexpected of ways, so when it was first announced that he was planning to shoot an intense psychological horror movie entirely on iPhone, the overall reaction was hardly one of surprise, and Unsane proved to be much more than an experimental gimmick.

A lot of the hair-raising chiller’s success rests on the central performance of Claire Foy, who absolutely knocks it out of the park as Sawyer Valentini, who escapes from Boston to try and build a new life in Pennsylvania in an effort to put some distance between herself and the man who spent two years stalking her and making her life a misery.

Unbeknownst to her, though, she ends up voluntary committing herself to a 24-hour stay in a behavioral center. Once there, her short stay is deemed worthy of an extension, with the various personnel beginning to question her state of mind, and paranoia starts to creep in as she suspects her stalker might be involved in pulling the strings behind her lockdown.

A Certified Fresh Rotten Tomatoes score of 80 percent underscores that genre-hopping enthusiast Soderbergh was more than capable of tackling horror, and there’s an ingenious mix of the old and new at play. Sure, it’s a film shot on a cellphone at the end of the day, but Unsane gives off distinctly old school vibes in terms of plot, atmosphere, and underlying dread.

It’s also proving to be a big hit on Netflix this week, too, with FlixPatrol revealing Unsane as the newest member of the platform’s global most-watched list. Streaming subscribers are always down for horror, regardless of how it gets put together.