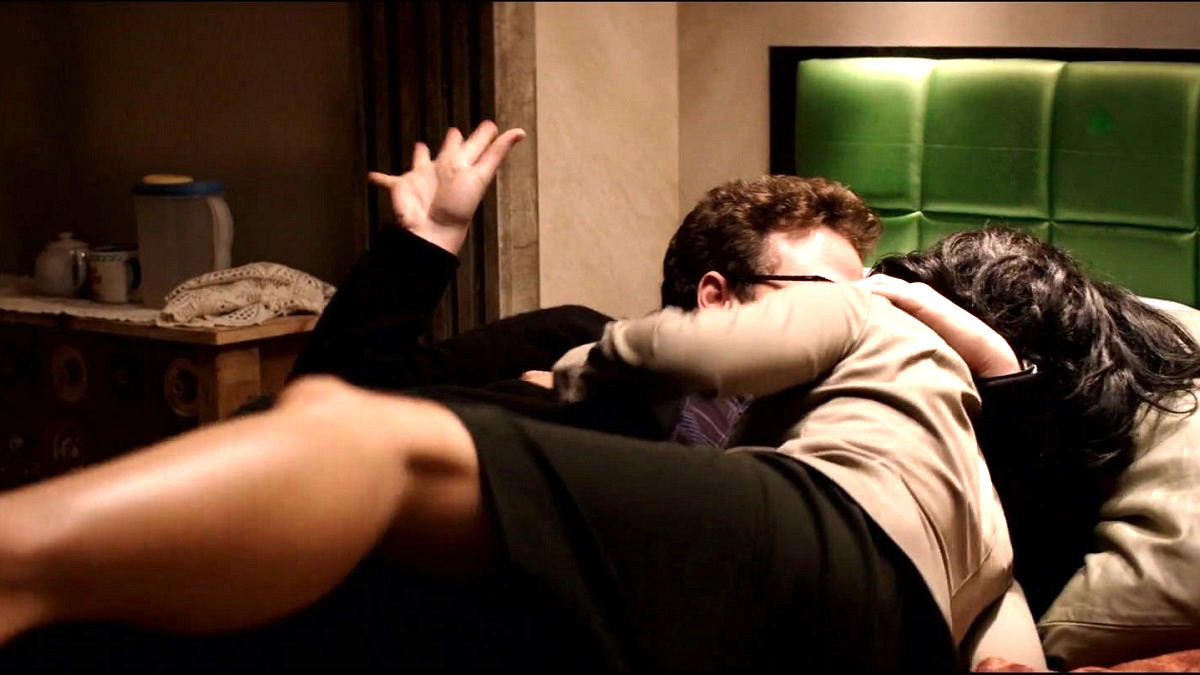 Comedy has always sought to push the boundaries of good taste and acceptability without descending into crudeness or offensiveness, and it’s a line Seth Rogen and Evan Goldberg had largely managed to successfully toe for the majority of their careers, until The Interview almost started World War III.

It sounds ridiculous to say it now, but for a while before the relatively harmless movie was eventually released December 2014, there were serious concerns that an offbeat international adventure starring Rogen and James Franco could have resulted in all-out conflict between the United States and North Korea.

After discovering the plot focused on Franco’s Dave Skylark buddying up with Randall Park’s Kim Jong-un, the nation ended up making threats of action should The Interview hit theaters as scheduled. Countless chains refused to screen it as a result, which in turn made the film an accidental pioneer of the hybrid model that’s now become standard practice.

With the dust having long since settled on the furor, The Interview continues to find new fans who were warned against it the first time around, especially with the advent of the streaming age. As per FlixPatrol, it’s currently a Top 20 hit on Netflix’s global-charts, having reached the Top 10 in eight different countries.

In the long run, there were absolutely no consequences or repercussions from The Interview‘s existence, even if star and co-director Rogen admitted the experience had left him traumatized. That’s fair, but it was a completely unnecessary overreaction for what turned out to be a fairly mediocre vehicle.