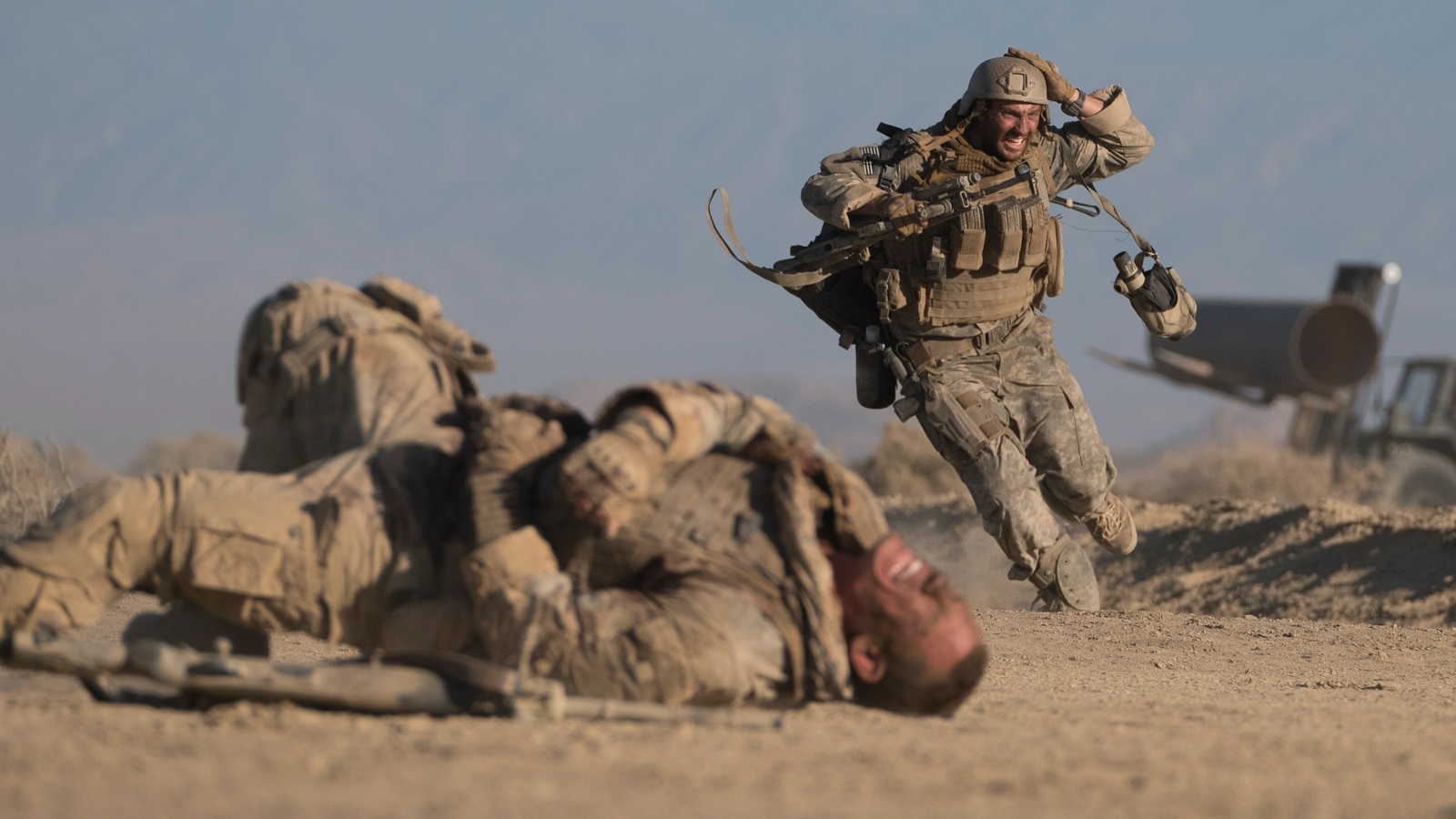 Doug Liman might be famed for directing hit blockbusters like The Bourne Identity, Mr. & Mrs. Smith, and Edge of Tomorrow, but he got his start crafting acclaimed low budget independent films. Seeking to recharge his batteries, 2017 war thriller The Wall was set in a single location and made for just $3 million, yielding an intense survival story in the process.

The plot is about as simple as it gets; Aaron Taylor-Johnson’s Allen Isaac and John Cena’s Shane Matthews are two soldiers who find themselves pinned down behind the titular structure after being ambushed while answering a distress call in Iraq. With Matthews shot in the crossfire and the wall crumbling with each bullet it takes, the pair are locked in a battle of wits against a sniper who seems to have them at his mercy.

Even at a brief 88 minutes, there’s an argument to be made that The Wall‘s intriguing conceit doesn’t quite have enough about it to sustain a feature film, but Liman’s direction is economically impressive, while Taylor-Johnson is typically solid, with Cena a revelation in one of his first serious dramatic leading roles.

It’s been half a decade since The Wall first came down, earning $4.5 million from theaters before being shuffled off to streaming, but it’s finally in the midst of a comeback. As per FlixPatrol, the heart-stopping bonanza of bullets has been making its way up the Prime Video most-watched list all week, keeping viewers glued to their seats all over again in doing so.