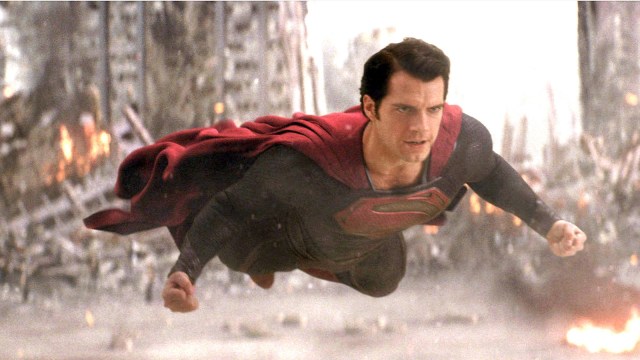 At this stage, we’d be a lot more surprised if Henry Cavill’s Man of Steel sequel isn’t officially announced sooner rather than later, especially when a huge chunk of his schedule has been opened up following his contentious departure from The Witcher.

Having been patiently biding his time for half a decade waiting for the call to suit up and swoop back into action in the post-credits scene of Black Adam, the actor’s long-awaited second solo outing will ironically become a legacy of sorts looking at the sweeping changes to have blown through the DCU since the summer of 2013.

Of course, there’s still the small matter of a director and writer to conquer first, but a juicy new rumor sweeping the internet has offered what would be a phenomenal suggestion were it to bear fruit. No, it’s not Zack Snyder, but Top Gun: Maverick‘s Joseph Kosinski. Needless to say, the mere thought of it is getting fans hyped.

Having helmed the highest-grossing film of the year, one of the top-earning titles in the history of cinema, and arguably one of the greatest blockbusters ever made, the prospect of Kosinski diving into the world of superheroes is a tantalizing prospect. Under the old regime any creativity may have been stifled in favor of uniformity, but these days with James Gunn and Peter Safran steering the ship, things are looking brighter than they have done for a long time.

Will it happen? Time will tell, but if the SnyderVerse supporters don’t get their ideal candidate, then surely they’re not going to have an issue with Kosinski being a more than adequate replacement.