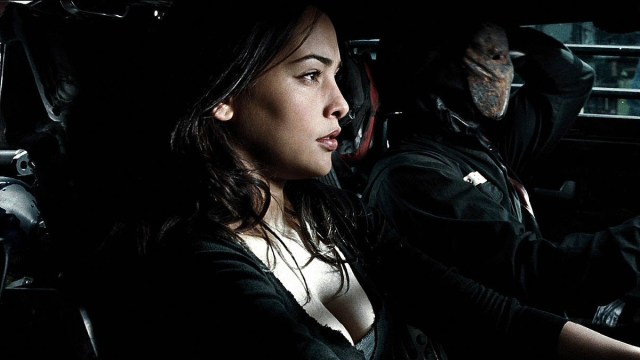 Action junkies knew pretty much exactly what to expect upon hearing mid budget titans Jason Statham and Paul W.S. Anderson would be collaborating on Death Race, an newfangled remake of the cult favorite 1975 original.

Sure enough, the end product performed right in line with expectations by turning out to be unstoppably average. A 42 percent Rotten Tomatoes score and 60 percent user rating is about par for the course when it comes to Statham’s ass-kicking wheelhouse, as was a $76 million box office haul on a production budget estimated to be hovering around the $50 million range.

Doing what he does best, with the caveat of bludgeoning his enemies from behind the wheel as opposed to using his fists and feet, Statham headlines as Jensen Ames, who like all good protagonists was framed for a crime he didn’t commit. He also happens to be an expert-level racing driver, which comes in handy when a nefarious prison warden offers him a way out by competing in a series of deadly high-speed pursuits in order to win his freedom.

There’s not much to write home about, then, but Death Race is doing a sterling job on the streaming this week. Per FlixPatrol, the middling slab of grungy vehicular mayhem has barrel rolled onto the Hulu Top 10, once again reaffirming Statham’s credentials as an actor who is more than capable of butting butts in seats on-demand, based entirely on the frivolous no-frills fun promised by seeing his name front and center in any project.