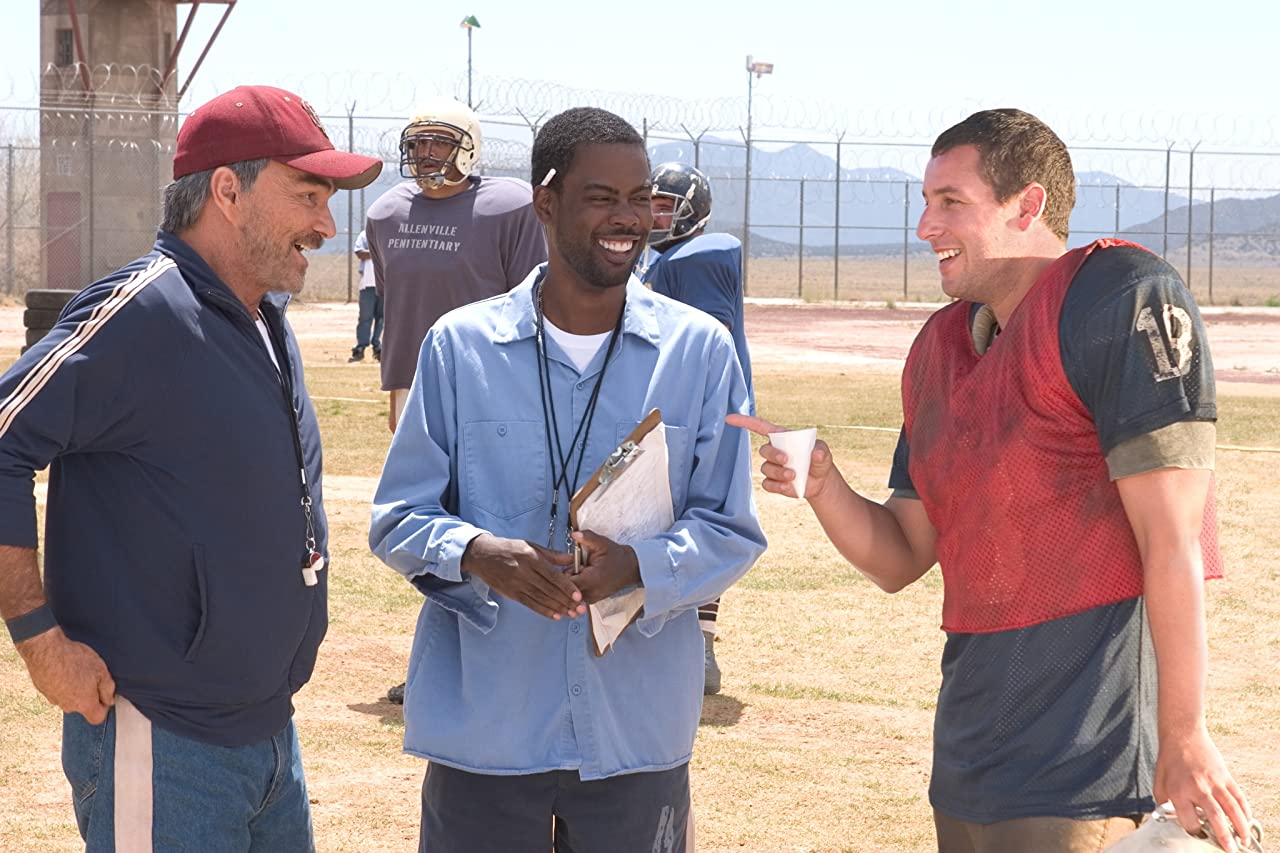 Adam Sandler stars in the 2005 remake of The Longest Yard, which was slammed by critics who gave it a measly 31 percent on Rotten Tomatoes. However, despite the poor rating, viewers are lapping up the comedy right now, pushing it to number seven on Netflix‘s most popular movies per FlixPatrol.

The film follows Paul Crewe, a football superstar in his prime, but things haven’t been going so well since his career ended in disgrace. After a drink-driving incident, Crewe finds himself in a jail full of sadistic guards, where he discovers the warden specifically requested him. Warden Hazen gives Crewe the task of recruiting a team of convicts to play off against the guards in a football game where the prison officers are free to inflict as much pain as they desire. But with an old legend named Nate Scarborough coaching the team and Crewe leading the way, can the convicts surprise the guards in a game rigged against them?

The film is a remake of the 1974 movie of the same name, later retitled to The Mean Machine to avoid confusion. Burt Reynolds starred in the original film and came back to star as Scarborough in the remake, much to the audience’s delight. Besides Reynolds and Sandler, the film boasts an all-star cast with names such as Chris Rock, American rapper Nelly, and Terry Crews.

At the time of the film’s release, Sandler was a massive draw for viewers and is responsible for much of the film’s success, drawing in a massive $191 million at the box office. Over the years, The Longest Yard has faded from viewers’ minds, but since it hit the streaming giant’s platform a few days ago on January 1st, it has found renewed success from fans who have been craving a nostalgia hit.