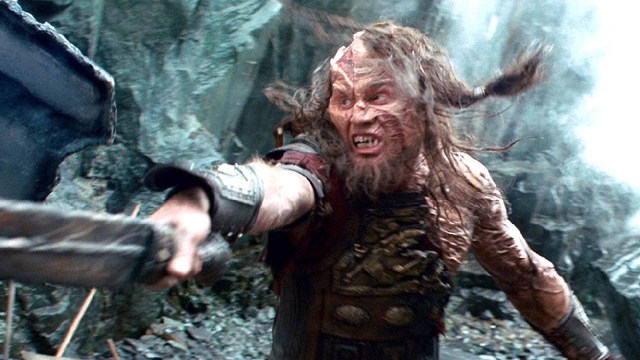 After James Cameron’s Avatar tore the box office a new one in December of 2009, the number one takeaway the rest of the industry managed to gather from the lavish sci-fi blockbuster was that a 3D surcharge was the easiest way to wring extra cash out of audiences, which directly influenced the horrendous post-conversion that rendered Louis Leterrier’s Clash of the Titans incomprehensible at points.

Tim Burton’s Alice in Wonderland was hastily given an added dimension (much to Cameron’s chagrin) and ended up earning over a billion dollars, and with Clash releasing less than a month later, it was inevitable that Warner Bros. would be hoping to reap the same rewards. As expected, the mythological epic hauled in almost $500 million, but the hurried 3D was absolutely savaged.

In fact, the harshest critic was Leterrier himself, who described the process as being “famously rushed and famously horrible”, and even admitted that “it was just a gimmick to steal money from the audience”. The filmmaker may have been underselling it slightly even at that, because a dozen years later and Clash still ranks as one of the single worst post-converted cash-grabs to emerge in the post-Avatar era, which is no mean feat when 3D was slapped onto so many movies that didn’t need it.

Thankfully, streaming the sword-and-sandals story at home eliminates the need to put yourself through the awful experience all again, which may be why the film has been charging up the streaming charts this week. As per FlixPatrol, Clash of the Titans is currently the 10th most-watched title among HBO Max subscribers in the United States, who don’t have to suffer through unnecessary dimensionality for their troubles.