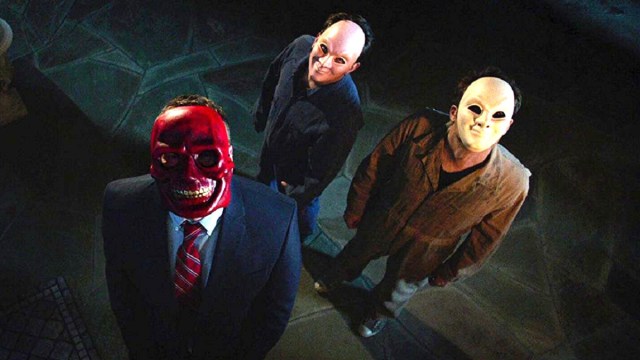 As the $896 million earned by the Scary Movie franchise unequivocally demonstrates, horror comedy parodies that get dismissed by critics are more than capable of doing massive business at the box office. On a much smaller scale, Meet the Blacks accomplished the same thing back in 2016, and even ended up getting a sequel out of the bargain.

Leaning into The Purge as its main inspiration, co-writer and director Deon Taylor’s flick finds the titular family moving from Chicago to Beverly Hills after Mike Epps’ patriarch Carl comes into a sum of money. However, as they settle in, the clan quickly comes to realize they’ve relocated right when the city’s annual purge is set to begin, forcing them into a 12-hour fight for their lives.

Things play out pretty much exactly as you’d expect from then on out, but it’s interesting to see just how disparate the reactions were. From a critical perspective, Meet the Blacks could only muster a dismal 17 percent score on Rotten Tomatoes, but the user rating is at a massive 72 percent, which is quite the disconnect.

The fast-and-loosed scattershot approach gets old quick, but that didn’t stop the film from recouping its thrifty $900,000 budget 10 times over from theaters, either. It’s a curious case, then, but one Netflix subscribers have committed to cracking after Meet the Blacks made a surprise splash on the platform’s global rankings, as per FlixPatrol.

It took half a decade to happen, but sequel The House Next Door: Meet the Blacks 2 is also out there in the ether of streaming and VOD if you’ve got an itch to track it down, although that depends which side of the divide you fall on in regards to the original.