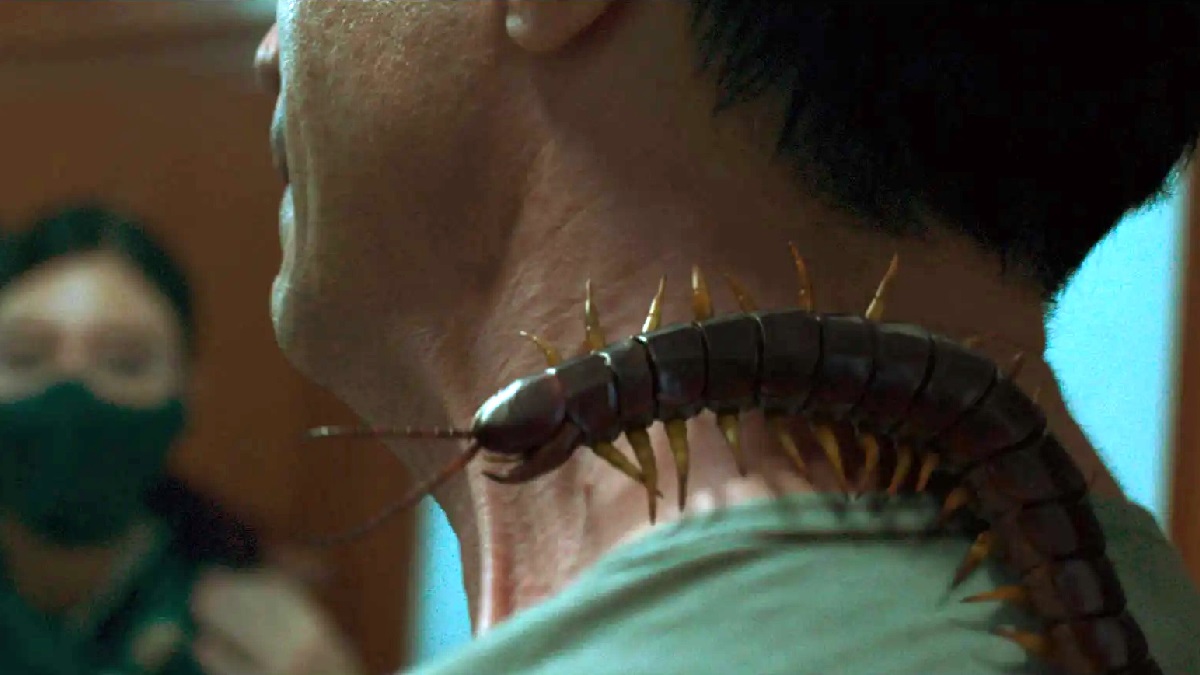 As a general rule of thumb, people don’t like bugs, so you’ll know right away whether or not nightmarish Thai chiller The One Hundred is something you’d even consider adding to your watch-list.

Living up to its title, co-directors Chalit Kraileadmongkon and Pakphum Wongjinda quarantine their cast of characters – including two popular YouTubers, an unhappy American, and a shy and retiring family to name but a few – in a hotel for two weeks designed to quarantine them from a rapidly-spreading and incredibly infectious contagion.

Things take a turn for the creepy crawly when a horde of centipedes emerge from every available gap in the building’s infrastructure, before the terrified residents discover a gigantic 100-legged creature has assumed human form as a means to travel from host to host. Anyone could be the monster in disguise, and there’s no way of telling until it’s too late.

Those who suffer from even the mildest case of entomophobia would be well-advised to stay as far away from The One Hundred as humanly possible, but Prime Video subscribers are made of sterner stuff than most, it would seem. Per FlixPatrol, the skin-crawling nightmare has been utilizing its many legs to advance up the platform’s worldwide watch-list, assimilating the competition much like its horrifying insectoid villain.

It won’t go down in history as a classic, and may not even be remembered as soon as a few months for now, but the manifestation of a near-universal fear being turned into an exercise in onscreen terror is at least proving its worth on-demand this week.