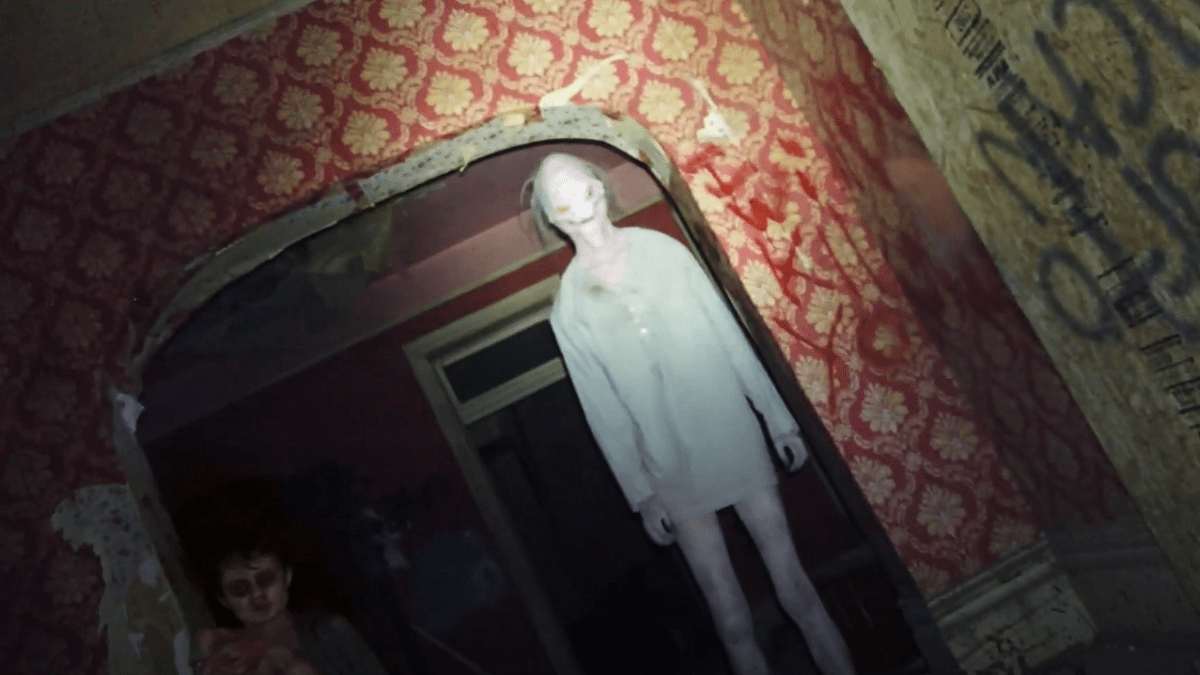 People tend to formulate an opinion that the sanctity of marriage creates familiarity with one’s existence, leading to a state of formulaic domestic bliss that pumps the brakes on such trivialities as passion and creativity. Evidently, nobody bothered to tell Deadstream creators Vanessa and Joseph Winter.

Putting their heads together, the husband-and-wife duo co-wrote, co-directed, co-produced, and co-edited the found footage horror sensation, with Joseph also composing the score and playing the lead role of Shawn. Already dubbed “Evil Dead II for Gen Z,” the ludicrous blend of gross-out gore, jump scares, and belly laughs has been heralded as an instant cult classic, and it’s not a sentiment anyone on a recent Reddit thread is ready to disagree with.

Winter’s disgraced internet personality and would-be influencer is trying to bounce back after a controversial video tanked his career and saw him abandoned by subscribers and sponsors. To win them back onside, he opts to livestream himself investigating an abandoned house that’s supposedly haunted, and it turns out that the rumors are terrifyingly true.

There’s a genuine sense of lurching atmosphere in the first act, but when Deadstream plays its secret hand to reveal there’s a gut-busting comedic element embedded into every frame, that’s when all hell really breaks loose. As a Shudder exclusive, it hasn’t sunk its hooks into the horror-loving masses in the way it should, even if a 91 percent Rotten Tomatoes score hammers home that even the typically-snooty critics who tend to turn their noses up at the genre (especially found footage) showered it in near-universal acclaim.