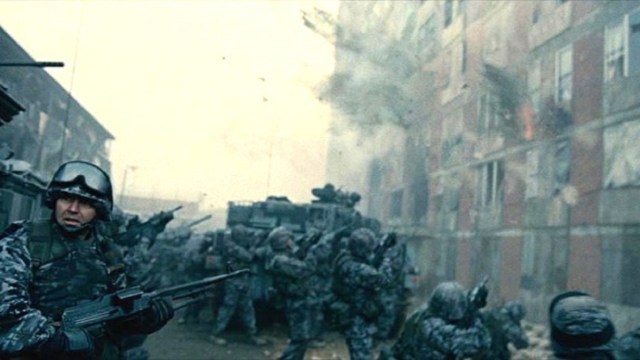 Post-apocalyptic movies tend to load up on either weighty thematic subtext or blockbuster-sized action sequences, but very rarely do the two go hand-in-hand to such a stunning degree as they did in Alfonso Cuarón’s classic Children of Men.

Typically, projects that have a number of credited screenwriters can yield a Frankenstein’s Monster of half-baked ideas that are all competing for screentime, too, ultimately diluting each other as a result. Turning that notion on its head, the script awarded to Cuarón, Timothy J. Sexton, David Arata, Mark Fergus and Hawk Ostby is as economical as it is engaging, and it’s incredible to remember that the entire feature runs for a mere 109 minutes including credits.

Children of Men did end up bombing at the box office after failing to recoup its sizeable $76 million budget during its theatrical run, with not even rave reviews from all corners and three Academy Award nominations capable of drumming up enough support among the general public. It’s status as a stone-cold post-apocalyptic classic was instantly cemented, and new generations will keep discovering its charms for some time to come.

That’s exactly what’s happening on streaming as we speak, with the universally-acclaimed epic turning up the heat on the Starz most-watched charts, per FlixPatrol. The one-shot set piece that anchors the second act is a masterclass of cinema, but that’s only one of the many highlights to be found as Clive Owen’s disillusioned bureaucrat becomes an unlikely figure in securing the future of the entire human race.