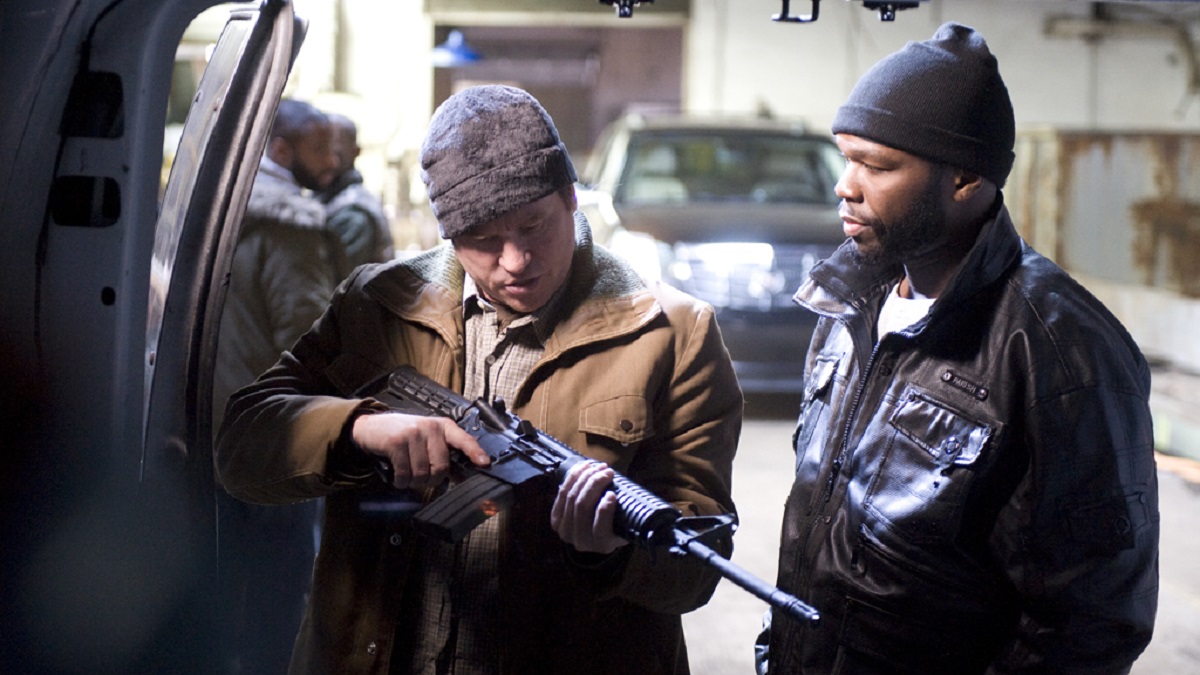 Curtis “50 Cent” Jackson has managed to carve out a respectable enough career for himself as an actor, where he’s attempted to tackle a number of different roles in varying genres, but his onscreen beginnings revolved largely around playing an extension of his established persona.

His feature film debut Get Rich or Die Tryin’ was semi-autobiographical in nature, but ended up getting panned as a thinly-veiled knockoff of Eminem’s 8 Mile. In 2009, Fiddy co-wrote and directed crime drama Before I Self Destruct to tie in with his album of the same name, which turned out to be another failed experiment.

Never one to be deterred by a setback or two, yet another passion project arrived just eight months later when Gun came to VOD in the summer of 2010. Jackson wrote the screenplay, played the lead role of Rich, produced through his Cheetah Vision company, and contributed a quartet of songs to the soundtrack.

Val Kilmer takes second billing as Angel, a career criminal who finds himself released from prison and immediately reunited with Jackson’s character. Not wasting any time, the duo get right back into the gun-running business, but the local cops and FBI have declared open season on anyone trading in illicit firearms.

The execution is about as standard as the setup, with a 25% Rotten Tomatoes user rating showcasing that even the most forgiving of genre fans weren’t impressed. That being said, Gun has been making a dash up the Paramount Plus viewership rankings this week as per FlixPatrol, so the 12 year-old exercise in mediocrity appears to be bringing in a whole new crowd.