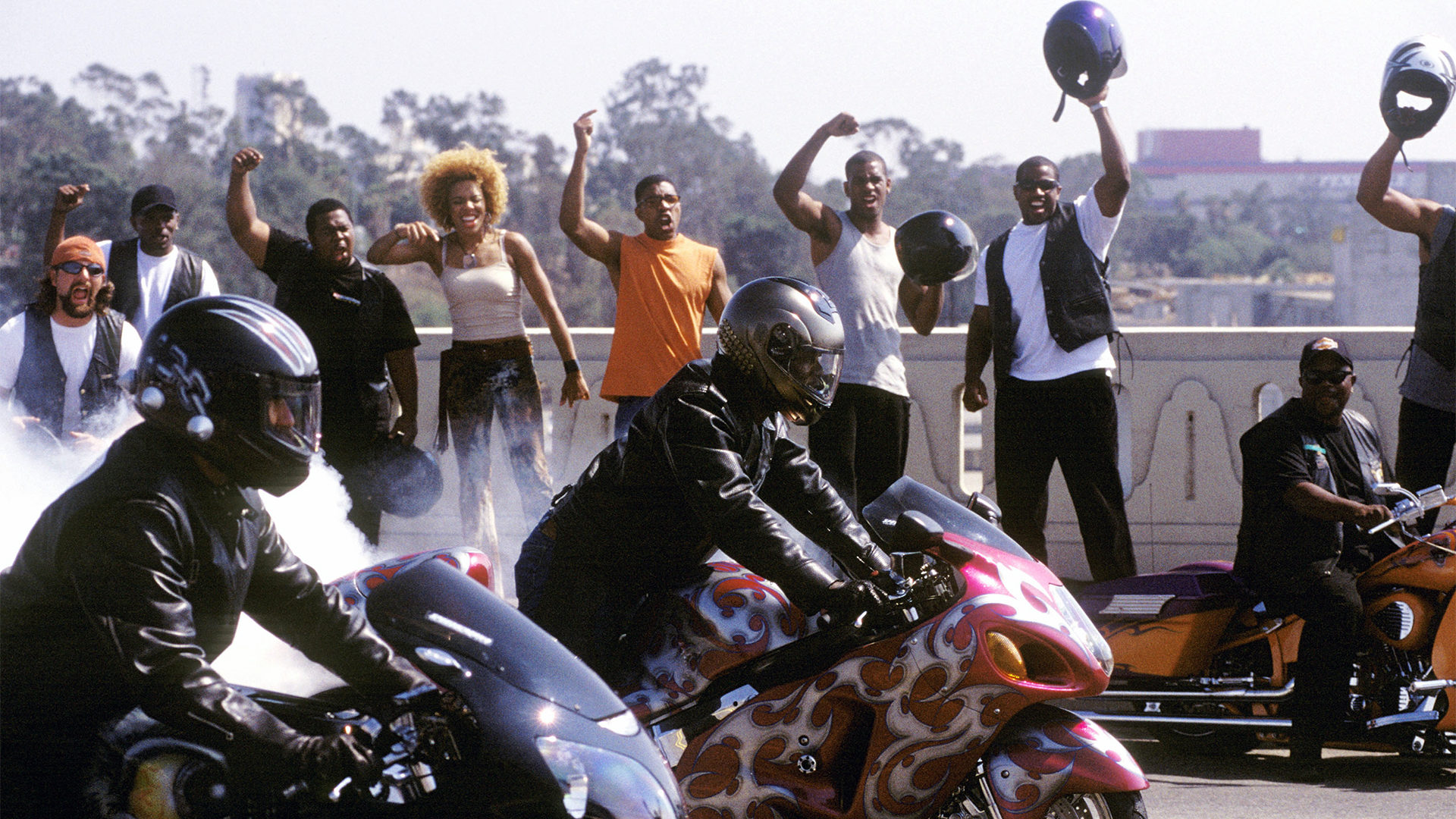 When mid budget street racing thriller The Fast and the Furious took off in a major way back in the summer of 2001, where it would go on to earn $207 million at the box office on a budget of $38 million and get a sequel green lit in no time at all, it was inevitable that a brand new bandwagon was about to get jumped on.

Sure enough, a mere 19 months after audiences were first introduced to Dominic Toretto and his close-knit family, Reggie Rock Bythewood’s Biker Boyz hit theaters. Much like the first chapter in The Fast Saga, the movie was based on a magazine article, and there weren’t many other obvious differences besides the fact muscle cars had been swapped out for motorcycles.

Laurence Fishburne headlines as a racing legend, who ends up taking a young protege under his wing when the kid’s old man is killed during an illegal race. However, after he’s cast aside by the man he looked up to as a potential mentor and replacement father, he takes it personally and starts the rival titular gang in order to manufacture the third act showdown we all know is coming.

Biker Boyz does have a decent enough cast, but even if it wasn’t intentionally designed as a Fast & Furious ripoff, that’s all you’ll be able to think about. The differences are only superficial, though, when the high-octane actioner flopped at the box office and resolutely failed to strike a chord with critics or audiences.

However, for reasons that can’t be readily explained, it’s come out of nowhere to snag a Top 10 position on Hulu’s most-watched list, per FlixPatrol. Based on this unexpected development, don’t be surprised if Joseph Kahn’s Torque shows up next, which was heavily indebted to both The Fast and the Furious and Biker Boyz.