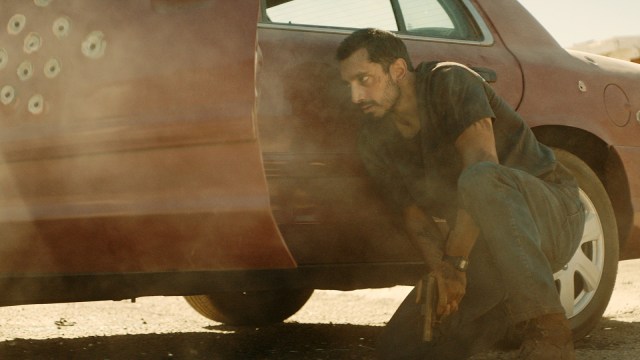 If your entire knowledge of lo-fi mystery thriller Encounter came entirely from the trailers and marketing materials, then you may have been left feeling somewhat short-changed by the time the credits come up.

Not to dive too far down the rabbit hole marked “massive spoilers”, but there was some muted backlash on social media towards the misleading nature of the promotional campaign, even though the end product did offer yet another reminder that Riz Ahmed is one of his generation’s finest acting talents.

The Academy Award winner plays a Marine Corps veteran suffering from severe bouts of PTSD, who makes a mad dash to his children in order to protect them from the intergalactic threat that’s descended on our planet from above the stars. Initially painted as one man taking matters into his own hands to prevent his family from falling afoul of top secret information he shouldn’t be sharing, Encounter eventually reveals itself to be something else altogether.

As the authorities begin to close in, Ahmed’s Malik Khan has no choice but to force his two boys to leave their childhoods behind as they make a cross-country jaunt to safety, one that throws up plenty of perils that are very much of this earth. Following a quiet limited theatrical release and streaming rollout in December of last year, co-writer and director Michael Pearce’s genre-bender has been making moves on-demand again.

As per FlixPatrol, Encounter has returned to the Prime Video Top 10 in multiple countries, but all we’ll say is that you shouldn’t go in expecting a fast-paced and frantic piece revolving around a battle against extraterrestrial interlopers.