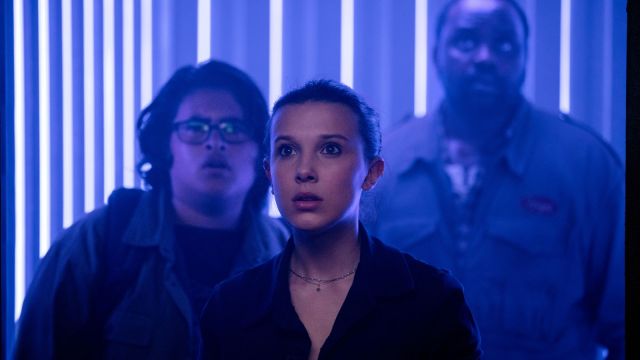 Roaring its way out of HBO Max soon is arguably the best-ever monster film put to screen, with audiences only given a small amount of time before it disappears.

Godzilla vs. Kong wowed audiences in 2021 by somehow managing to put both a giant lizard and a ridiculously big monkey into a movie and making it enjoyable. Knowingly stupid and havign some fun with itself, it’s unfortunately going to set sail soon for different streaming shores.

The much-anticipated monster madness of 2021 will leave HBO Max on Nov. 17, as the streaming service farewells one of its biggest ever hits. Originally released simultaneously in cinemas and streaming, it was the biggest hit HBO Max had until Mortal Kombat’s release just months later.

While its headline stars are indeed the aforementioned giant monkey and big lizard, it also sees some very familair faces star as our human point of view in the story. Stranger Things star Millie Bobby Brown, Hunt for the Wilderpeople’s Julian Dennison, and Eternals‘ Brian Tyree Henry all excel in their very minimalist characters and add much needed star power.

Godzilla vs. Kong saw a strong reception from critics, with an admirable 75 percent approval rating on Rotten Tomatoes. Audiences felt similarly with the monster bonanza scoring an excellent 91 percent with moviegoers. Financially successful too, with the film one of the first big movies released since the beginning of the pandemic. Grossing $470 million, it was the eighth highest grossing of the year.

Get in quick to see Godzilla and Kong duke it out like two drunken sailors, with the film leaving HBO Max on Nov. 17.