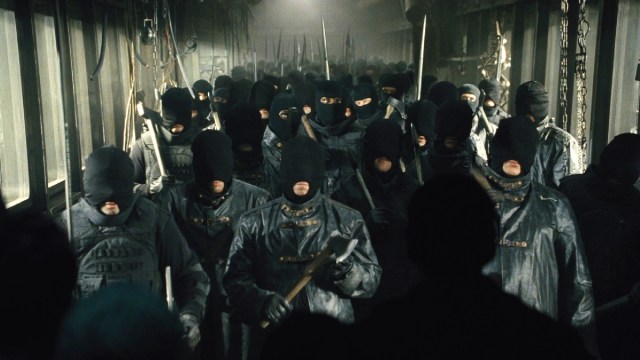 via TWC
Review of:

Science fiction, post-apocalyptic hellscapes, and comic book adaptations are three of the industry’s most perennially popular genres, so combining all three with one of the best directors in the business at the helm was virtually guaranteed to deliver greatness, and Snowpiercer delivered on that front and then some.

Co-writer and director Bong Joon-ho’s adaptation of French graphic novel Le Transperceneige may not have been a colossal hit at the box office after earning a shade under $87 million on a $40 million budget, but a Certified Fresh Rotten Tomatoes score of 94 percent coupled with the fact it launched a TV series in the aftermath confirms that we’re not talking about a forgotten flash in the pan.

In fact, it wouldn’t be stretch to call Snowpiercer one of the best and most often overlooked thrillers of the last decade, but streaming subscribers have opted to embrace the bitter chill of the future to let it back into their lives. As per FlixPatrol, the acclaimed and relentless tale of class warfare in the most confined existence imaginable has roared back on the Starz global rankings, reinforcing its unending appeal.

A luxury train that’s only luxury if you can afford it, Snowpiercer finds the lower classes forced to live in the back cars of the train finally succeeding in the uprising they’ve been planning for years. To do so, though, they may have to sacrifice everything they’ve got seeing as history has painted a pretty clear picture of the wealthy hardly being willing to share their amenities and affluence with the other 99 percent of the population.