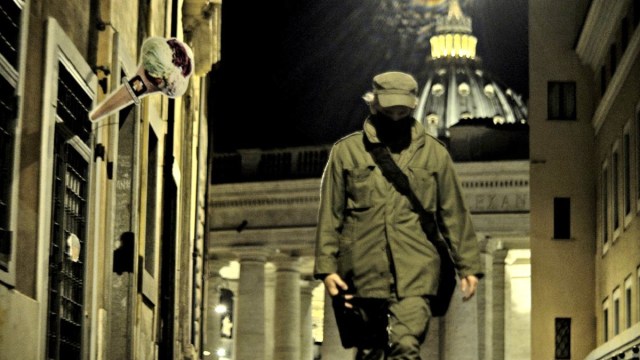 As well as being an acclaimed actor and occasional writer during a career stretching back over 30 years that’s landed him four Academy Award nominations, two Golden Globe nods, and a single shot at a Tony, Ethan Hawke also has a side hustle that sees him star in low budget genre thrillers that very few people get around to seeing.

Combining both aspects of his filmography in one fell swoop, Hawke headlined arthouse mystery movie Zeros and Ones late last year, which was written and directed by the idiosyncratic Abel Ferrara. Sparks were expected from the pair, but in the end, their collaboration was cursed by buzzwords nobody would want associated with their work.

Terms including “pompous”, “pretentious”, “self-absorbed”, “incomprehensible”, “incoherent”, “head-scratching”, and many more besides were weaponized by critics, although a 55 percent Rotten Tomatoes score would at least seem to hint towards Zeros and Ones being ever so slightly above average.

Hawke stars as a solider dispatched to Rome in order to foil an imminent terrorist plot, where he also makes a point of trying to track down his imprisoned anarchist of a brother, who may or may not have information that could help him thwart a detonation that could reduce the Vatican to ruins. It sounds like standard stuff, but the end result is anything but.

Despite drawing a wildly mixed response, Zeros and Ones has ended up captivating streaming crowds by seizing a spot on the Prime Video most-watched chart, as per FlixPatrol. It might not be for everyone, but sometimes folks seek out polarizing titles just to formulate an opinion of their own.