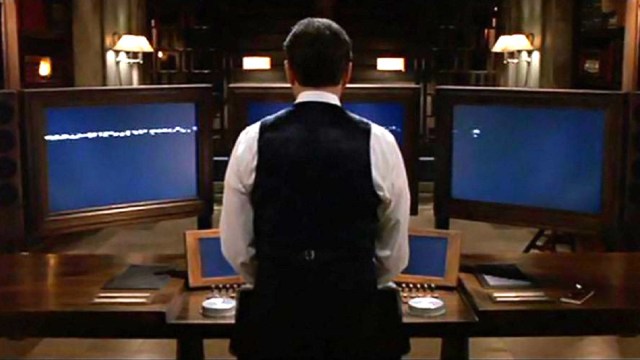 There’s no rule that says everyone has to agree with the consensus on a movie, but trying to state the case for a project that was deemed underwhelming at the very least by any measurable metric is a tough task. Despite boasting an impressive roster of talent and a sky-high concept, 2004’s forgotten sci-fi thriller The Final Cut falls firmly into that camp.

Written and directed by Omar Naim, the one thing everyone could agree on is that the legendary Robin Williams delivered another reliably excellent dramatic performance in the lead role, but that turned out to be one of the very few saving graces of an otherwise muddled and self-indulgent exercise in thematic navel-gazing.

Plagued by troubling memories form his childhood, Williams’ Alan Hakman works as a “cutter,” a person who edits the memories of the dead into what are basically highlight reels depicting their entire lives that can be passed onto their loved ones, although any unsavory moments from the subject’s past are omitted.

Jim Caviezel’s former cutter offers our protagonist half a million dollars to secure the footage to the mind of a wealthy businessman for the express purpose of outing his sordid life story in an effort to have the technology shut down completely. Alan says no, but soon discovers something sinister about himself when combing through the data.

While The Final Cut does have fans who’ll defend it to the death, respective Rotten Tomatoes scores of 36 and 45 percent from critics and audiences, along with a 43 rating on Metacritic and a box office haul of under $4 million underlines that they’re definitely in the minority. Even the worst films in history have supporters, but that doesn’t mean everything needs to be deemed as a cult classic long after the fact.